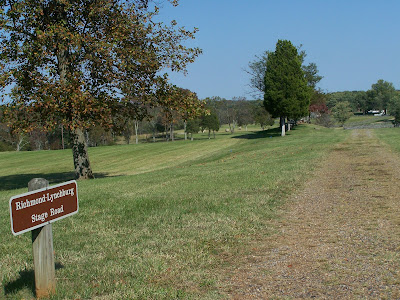 "The Battle of Appomattox Station commenced shortly after 4 pm and lasted until dusk with varying intensity, although more fighting continued in the direction of Appomattox Court House until probably 9 pm. The success of Custer’s troopers on the evening of April 8, dispersing and capturing Walker’s artillery and securing the Richmond-Lynchburg Stage Road were vital—the Federals now held the high ground west of Appomattox Court House, squarely across Lee’s line of march. With Lee’s line of retreat blocked, his only options on April 9, 1865, was to attack or surrender. Lee elected to attack. He held a Council of War the night of April 8, and it was determined that an assault would be made to open the road, believing that only Federal cavalry blocked the way. However, during the night parts of three Federal Corps had made a forced march and were close at hand to support the Federal cavalry in the morning."
Posted by Tanya Breese at 8:26 AM