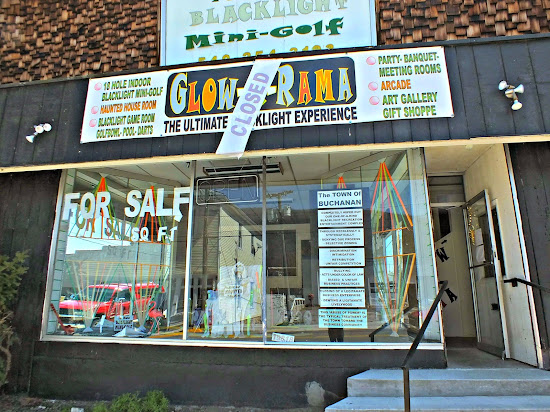 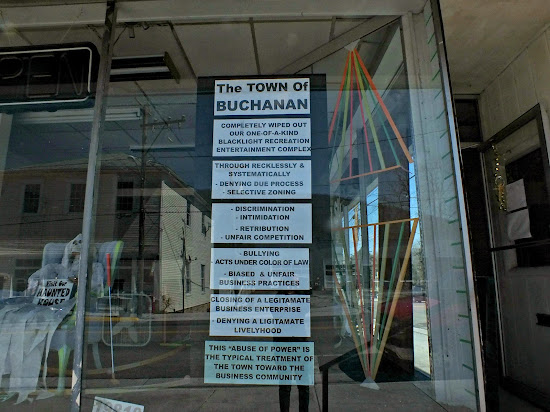 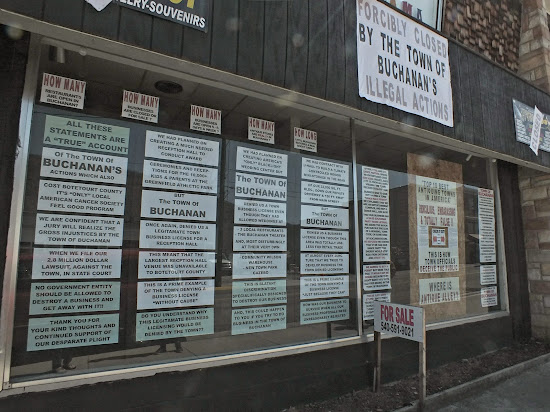 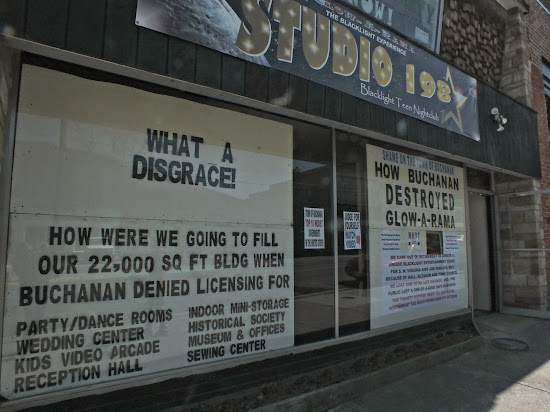 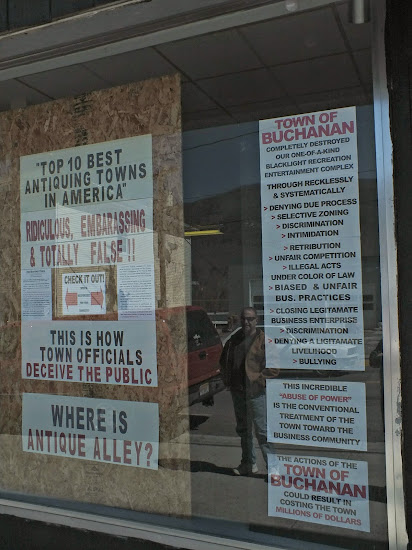 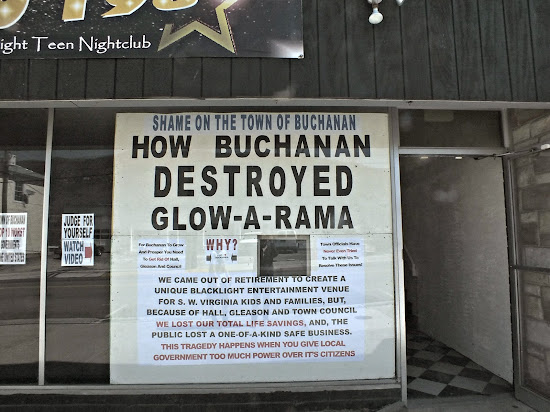 Buchanan...looks like a revolution right? The owners, Mr. and Mrs. Bray came to Buchanan from (him) Vegas and (her) NY to open the Glow-a-Rama...they say they are getting pushed out by the Buchanan powers-that-be...I don't know, there's always 2 sides to a story. My one and only dealing with Mrs. Bray and the Glow-a-Rama however was not a pleasant one. A few Mother's Days ago we all went to play mini golf, the 6 of us. Braden and Dalton had been awarded a free round of golf from the Glow-a-Rama for being on the Honor Roll at school. No restrictions listed. So we took their tickets and went to play golf. Go inside, tell Mrs. Bray the we would like to pay for 4 people and show her Braden and Dalton's free round reward (from Glow-a-Rama) and she says that they can only honor 1 ticket at a time. I asked why when each of them received one and asked why one should be punished basically because they are twins. I said, we are paying for 4 people, it is not like we are just coming in and using their free tickets and not paying for anything...*SIDENOTE*...the place was empty, just us...so she continued to argue so I said, "well, we'll just break our family up, I'll take Braden who will be free with his ticket and pay for myself and my daughter Ashlyn and then Nick will come in and he'll bring Dalton who will be free with his ticket and Nick will pay for himself and our older son Christian"...was told again that no, she couldn't do it that we either...she argued and argued and didn't make any sense and just made the experience so terrible that we never went back...we stayed because the boys wanted to play golf and I think in the end she did honor both tickets...RELUCTANTLY....

So...on this day that I took these photos, just a few weeks ago, her husband Ken was standing outside so my husband, who loves to talk and ask questions started asking about all these allegations...He was very nice (although he wouldn't let me take his picture) and took his time explaining his side of the story and then told us that his wife is the one who does the talking with the city officials...aha, it all makes sense now to us...Miss Personality has probably made a few enemies....anyways, I do agree that Botetourt needs something for the kids to do. We are supposed to be getting a YMCA but we also already have a gym so yeah....As the mom of 2 drivers I always hate that my kids have to drive into Roanoke just to go to the movies or find something to do. All this open land you would think someone could come up with a great plan for teens...anyways..enough of that...oh, and their snide remark about "Where's antique alley?"...read about Buchanan being one of the 10 best antiquing towns RIGHT HERE ....if you are super interested in the Glow-a-Rama revolution you can read an article HERE and if you would like to see other interpretations of the theme visit City Daily Photo

Now for some Willy Nilly time:

2) Dinner tonight is THIS ...it is one of my favorites for summer!

3) Award for dumbest criminal goes to THIS GUY

Now it's your turn...post 5 randoms, link up and visit others!! I apologize for not getting around to visit everyone last week...it's been crazy hectic...I'll make up for it!