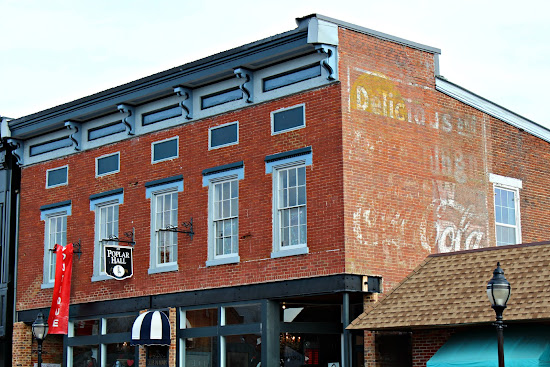 "The building is approximately 160 years old and still bears scars on the brick façade at the front of the building where cannon balls struck the building.
On the 5th and 6th of April, 1865, the noise and commotion of war approached Farmville from the East as Union troops marched in pursuit of Lee retreating west towards Lynchburg.
During the retreat, Lee’s troops fired artillery rounds from the nearby Appomattox River striking the front of the Tavern then located in the Poplar Hall building.
The rounds hit directly between the second floor windows scarring the brick facing of the building that can be still seen to this day.
It is believed that both Lee and Grant spent time in the building immediately prior to the surrender in nearby Appomattox." Copied from HERE 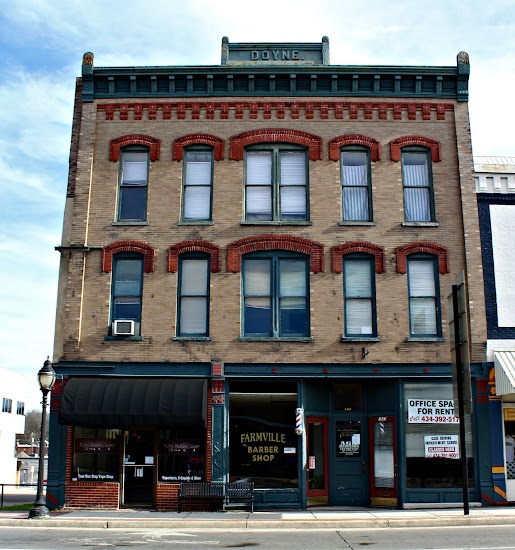 Built in 1887 as the first mortuary in Farmville.