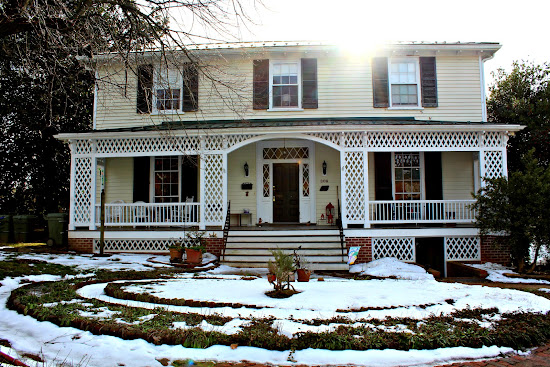 "The lot was purchased at auction April 21, 1836, by Mary T. Riddle, the first
woman to purchase property in her own name in the town of Farmville. The
house, built in 1756, was sold in 1839 to Colonel John T. Thornton, CSA. John
and Martha Thornton had three sons: William M. Thornton was a Professor of
Mathematics, Chairman of the Faculty, and Dean of Engineering at the University
of Virginia; James R. Thornton was an honor graduate of Hampton-Sydney
College and taught Mathematics there; and Harrison R. Thornton became a
teacher and missionary to Cape Prince of Wales, Alaska (he was killed in 1863,
the only missionary to Alaska slain by a native Alaskan. Colonel Thornton was
killed in 1862 at the Battle of Sharpsburg, Md. General Lee paid a brief
condolence visit to the widow and children of Colonel Thornton at their home on
April 7, 1865." From Farmville Walking Tour 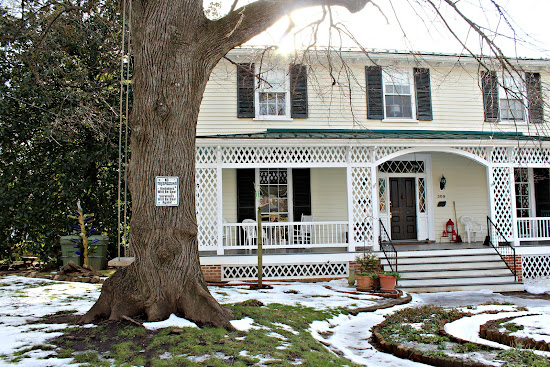 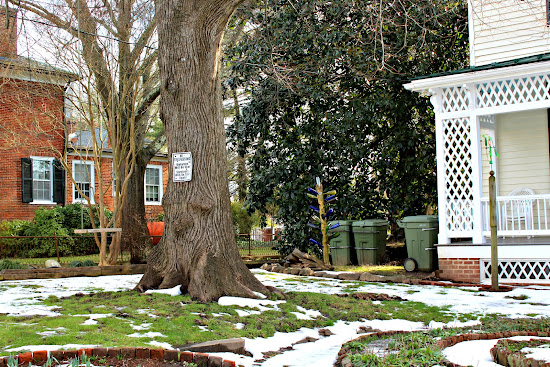 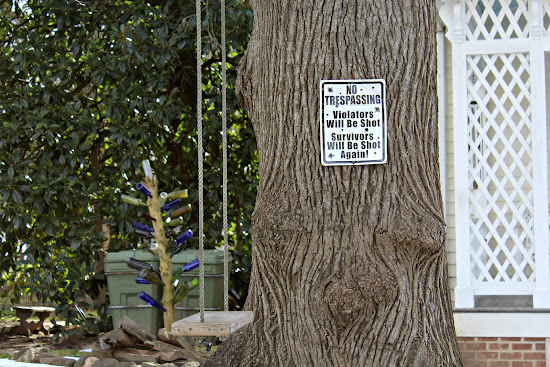 Kinda unbecoming...I know it's not my house but really, when your house is listed on a historical tour, wouldn't you be a little less...what's the word?...tacky? Poor tree!