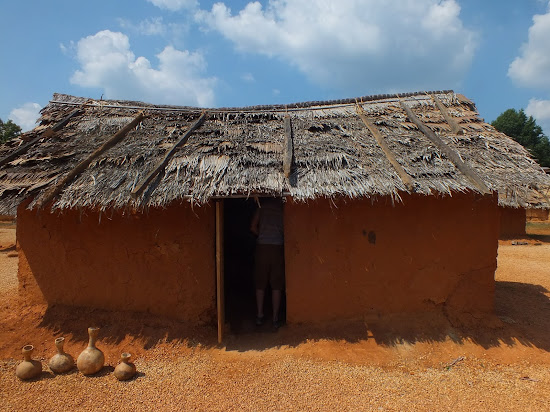 I have to back track here. This was the first exhibit and I somehow forgot to show you! After this, I have one more building to show you then we'll go inside :)


"During the 1600s and 1700s, nearly 250,000 Africans were brought to colonial America to serve as enslaved agricultural workers, domestic servants, and artisans. Although captives were taken from a vast area of the African continent, and from many different ethnic groups, the great majority were members of West African cultures that lived in the hinterlands of the Atlantic coast. Africans lived in all of Great Britain’s North American colonies, though their population was highest in South Carolina and Virginia." Read more HERE