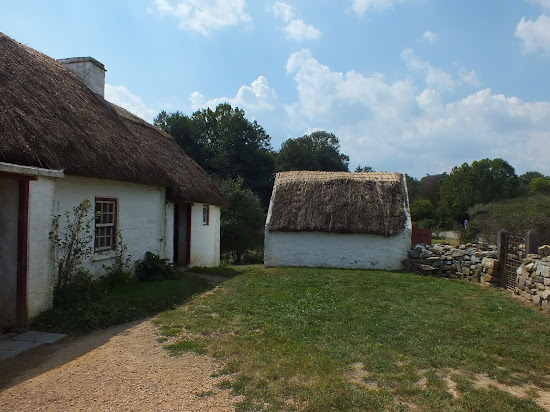 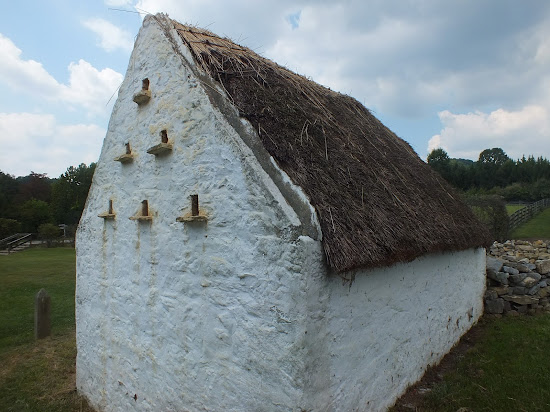 Now on to the 1730's Scots-Irish farm at the Frontier Culture Museum.

Yesterday a friend of ours told me that his "daddy" grew up on the land where the museum is today. They still own a portion of it and the museum purchased the homestead and outbuildings. The family home was moved but some of the outbuildings remained. He didn't know if they were still there or which ones. And just like the Engish farmhouse I showed you yesterday, this one was moved from Ireland.