click on photos to enlarge
On Wednesday, our last day of Christmas Break, I took the boys and Kaile out for a little adventure...I had just read about this little mining town in Botetourt County called Spec...I hadn't heard of it before and it isn't even far from my house...I read about the old mine there and there's a trail people hike but what really piqued my interest was an old abandoned canning warehouse so we went in search of it!
1) 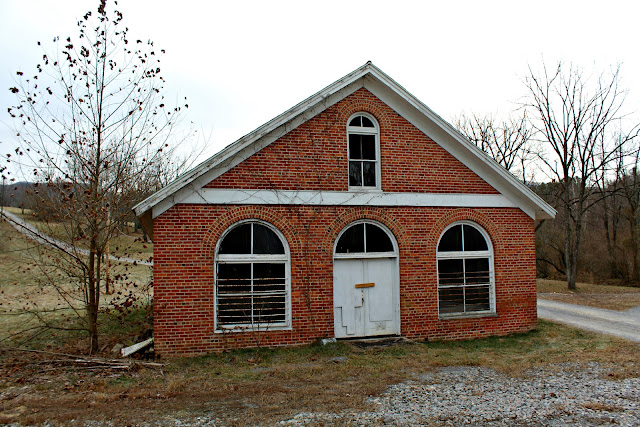 Spec was easy to find and this abandoned building was the first thing we saw when our gps told us we had arrived at our destination...I was so excited to check it out, but it doesn't really look like an old canning warehouse does it? We poked around for a while, took a lot of pictures, then headed down the road to see what else we could find... 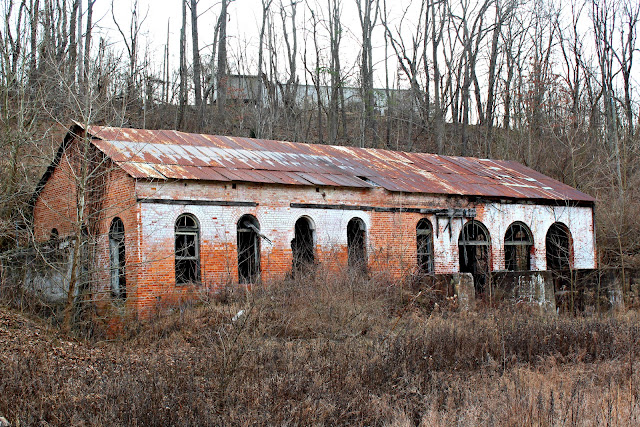 Whoa, whoa, whoa!! Wait a minute, what is that?! Not even a mile down the road is this old building...we were surprised that we didn't even notice it from the first building...Now THIS is definitely the canning warehouse! We were so excited to go investigate...we poked around for quite some time before jumping back in the car and see what else we could find! 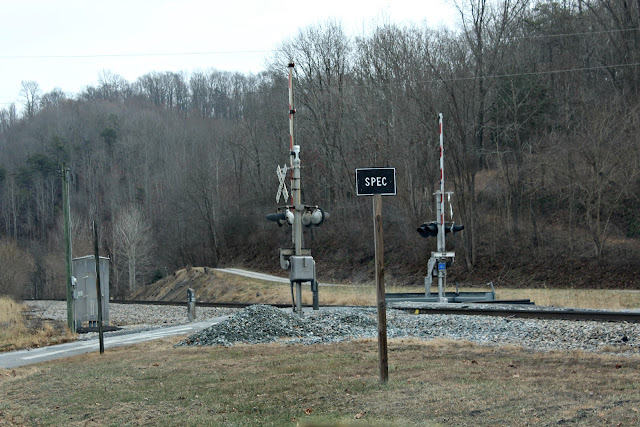 I guess we are now officially in Spec...let's turn here... 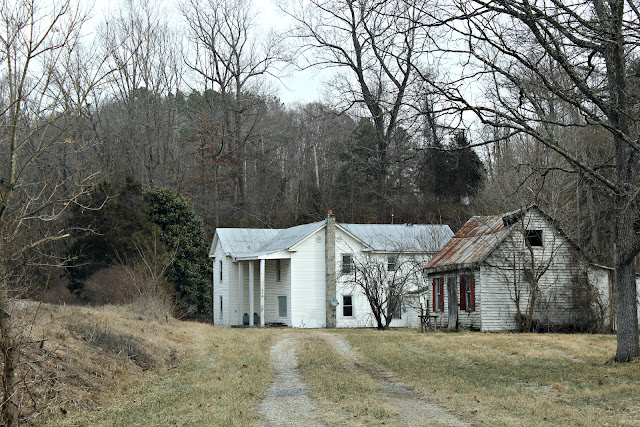 These caught my eye...I really wanted to get out and walk around but we weren't sure if anyone was living in that big house so we didn't take any chances...it didn't seem like someone was living there but still...we didn't want to take any chances! So we drove a little bit further and Kaile yells from the backseat, "oh look, an old truck"... 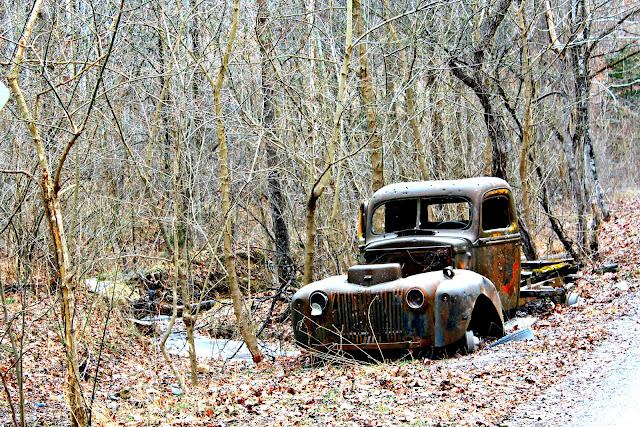 Wow! This is just parked on the side of a gravel road with a little river running next to it, which was frozen! While we were there taking pictures of it, a truck was coming down the road and pulled over...a really nice older gentleman told us "it's not for sale" haha...so I asked him if he knew anything about it and he said he's been living just up the road for about 10 years and it has been there the whole time but he didn't know anything more...told me this was the old stagecoach road and not far up the way was the old inn...I asked if we could drive up and see it and he said "sure, but you will be disappointed"...I thought, surely I won't be...but yeah, it really wasn't much haha...someone does live in it and it really just looks like any other old farmhouse...so he was kind of right haha....it was getting late and I had told Ashlyn I would bring her Christmas stocking stuff by before she had to head to work (I had forgotten to give it to her on Christmas)...so we turned around and went downtown to Ashlyn's...and since we were downtown we of course had to run into our favorite pizza spot Benny's for a slice...then back home we went...it was a really fun day!

I of course have SO many pictures of the stuff we saw and will share with you at Tom's Tuesday's Treasures! Don't want to give it all away in one post...that would be a really, really long post! ;)

That's my 5 friends!! I hope you will join in too! Post 5 randoms, link back and visit others!! Stay warm and have a great weekend!!


School was cancelled today because of this freezing weather...the wind has it feeling in the negative!!