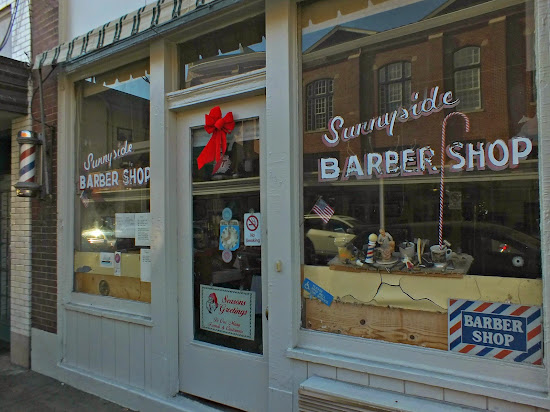 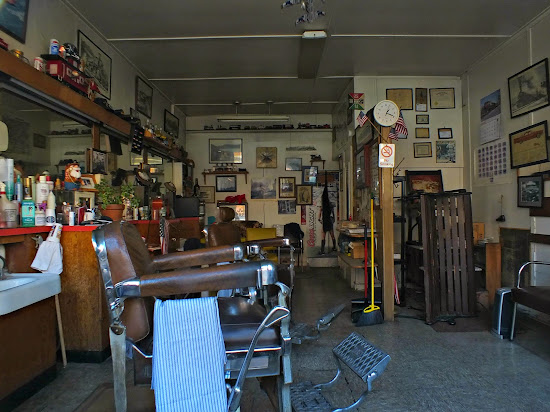 Isn't this a little piece of Mayberry? The only thing I found on it was this " I.C. Harris has been cutting hair since 1959. Back then, the shop had four chairs, but now he works alone.

He's lived through downtown's glory days as a shopping destination, its decline when outlying shopping malls came along and now its rebirth. " Taken from HERE

Linking with Roan's Rubbish Tuesday which is about old things, not trash ;)