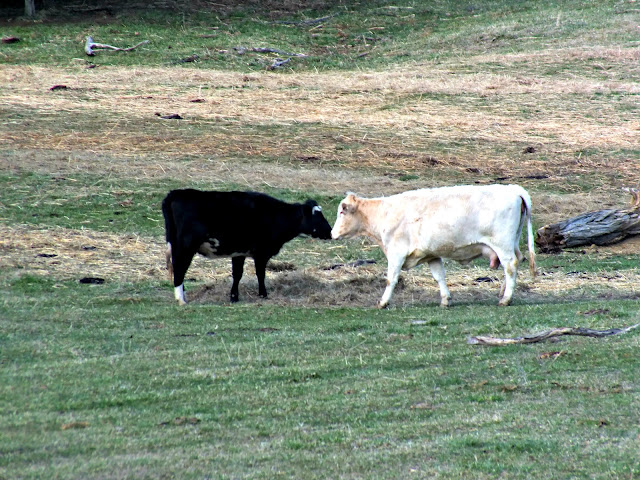 "Animals are such agreeable friends―they ask no questions, they pass no criticisms." ― George Eliot 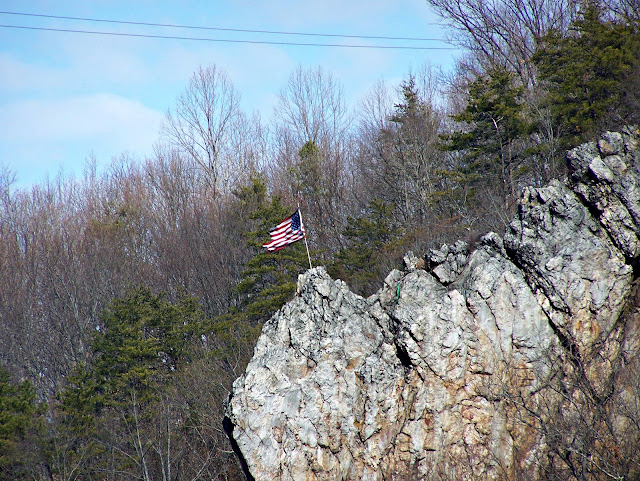 Devil's Backbone
Right outside of Eagle Rock...everytime we pass there is a flag on the rock...we went through a week or so ago and didn't see a flag but it's up to nice volunteers who just take the treacherous hike and do it themselves..depending on the weather I'm sure... CLICK HERE to read a story about 2 young women who have changed the flag out and some great pictures! And CLICK HERE for another story along with the history! 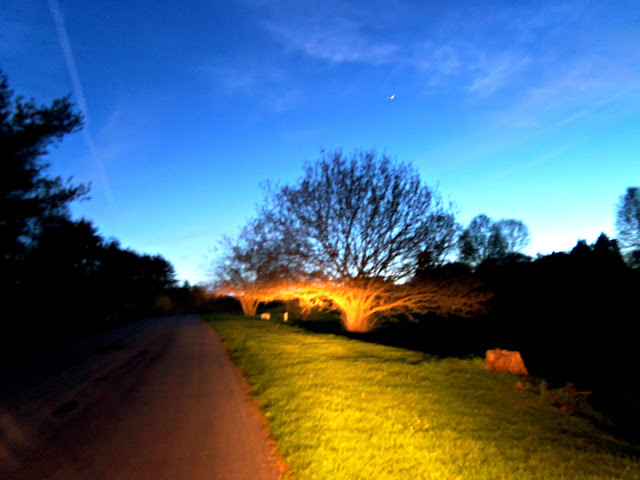 This is one of my favorite trees! We lived in this neighborhood for a few years before moving into the house we are in now...this tree was at the entrance and always reminded me of The Tree of Life... 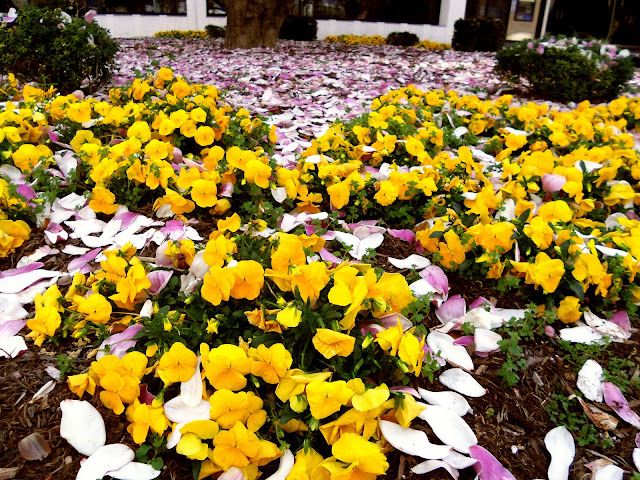 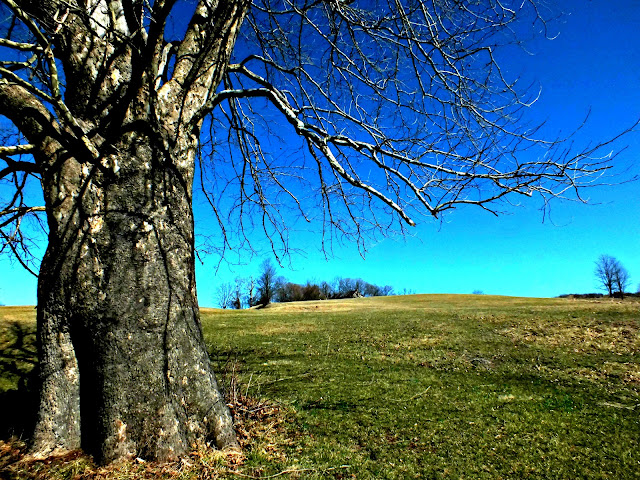 Another favorite tree of mine at Greenfield...see that clump of trees up the hill to the right? That is where the slave cabins used to be...don't even get me started on that ha...if you don't remember all the controversy around it, type "slave cabins" in my search bar and there will be plenty o' reading haha...short version, the county moved them from their original home to turn this beautiful area into an industrial park...$ always wins right? :( 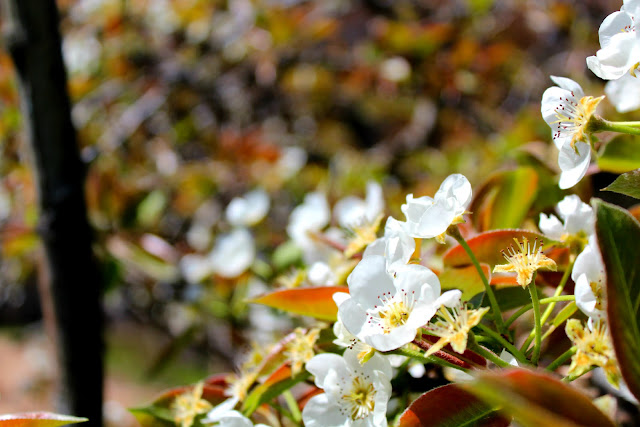 That's my 5 this week!! I hope you will join in too! Post 5 randoms, link back and visit others!! Thanks for joining friends and have a great weekend!!

By the way, thanks for all the info about my picture storage problems!! I will look into getting an external hard drive...I had no idea!! What would I do without you all?!! 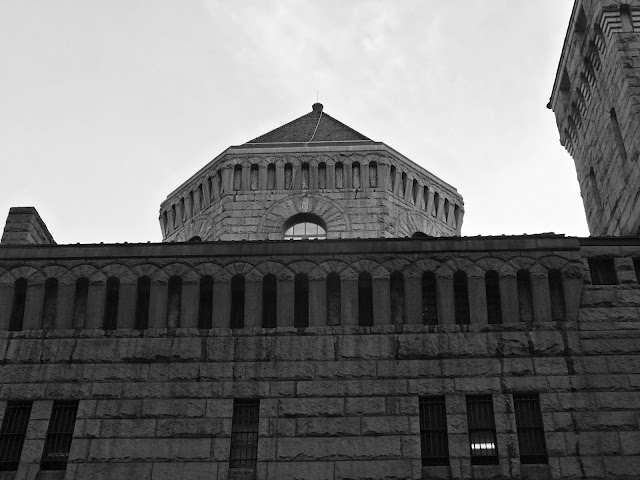 This was back in 2013...I have mentioned that I'm going through my archives...my computer is so low on memory right now so I just keep deleting photos that I should have deleted years ago to try and free up more space...it's making me not even want to get out and take pictures because I have no storage space to download them :( I really need to fix this situation ASAP!

On another note, we have a snow day today! Crazy weather! I went to pick up Dalton from work at 10 last night and it had started snowing while I was waiting for him...it was fun and we stopped at Kroger to pick up a few things for their "snow day"...wasn't really concerned about the roads because the weather people have been saying it's not going to stick on the roads, just grassy areas like our last snow...finished shopping and the parking lot was covered in snow when we came outside! The roads were awful trying to get back home...I slid a few times but thankfully no other vehicles were near me...I'm not going to lie, it was a little troubling! 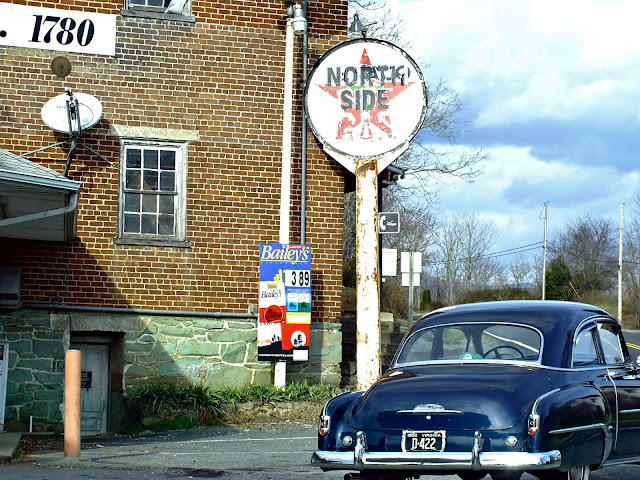 It's almost like going back in time isn't it?!

click on photos to enlarge
St. Patrick's Edition!
All pictures were taken at Roanoke's St. Patty's celebrations over the past few years...
1) 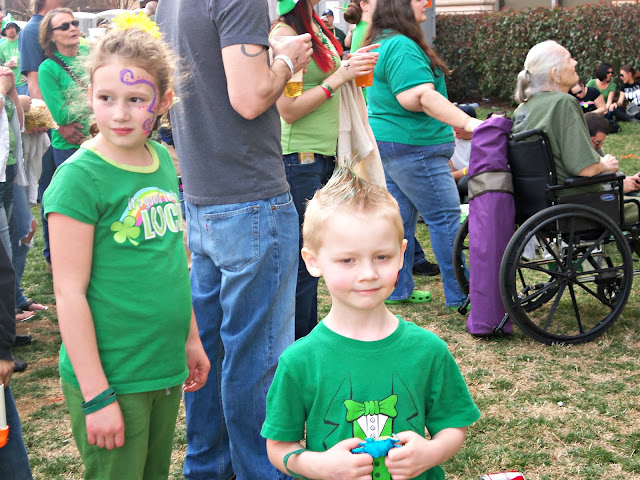 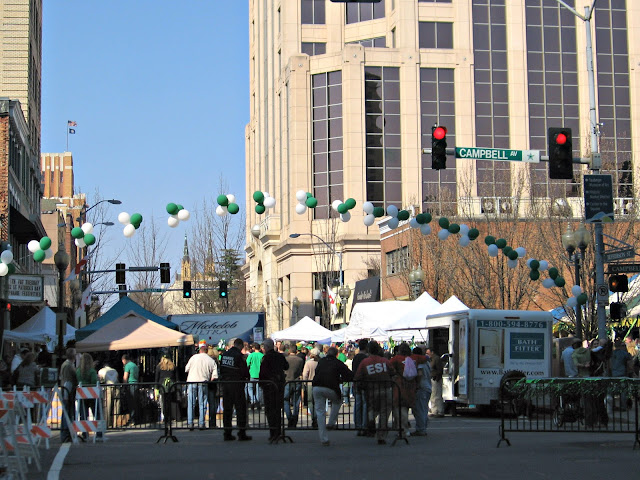 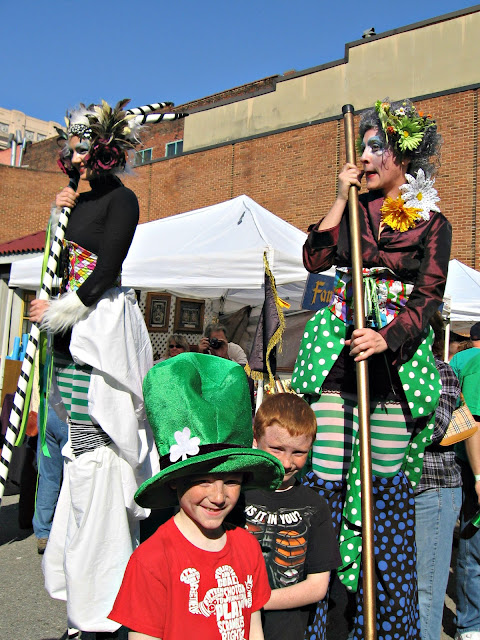 Who are those 2 little Leprechauns? ;) 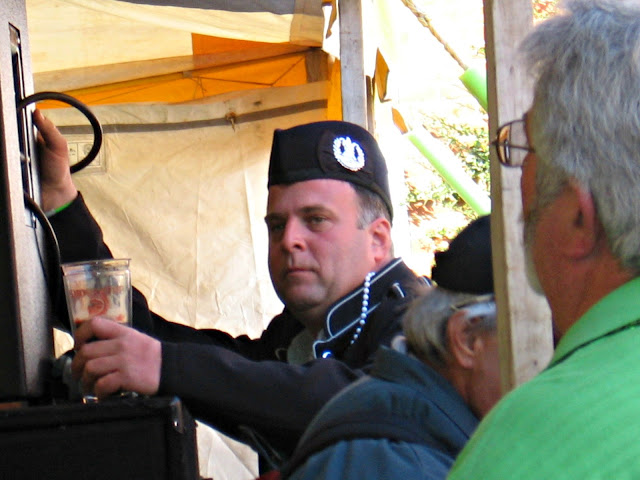 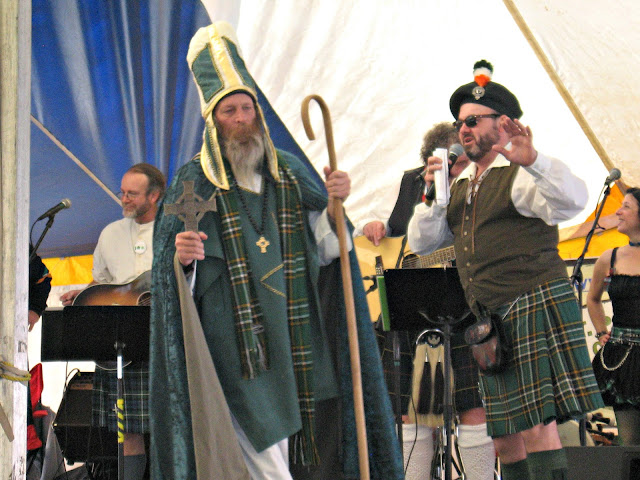 That's my 5 this week friends...running a wee bit late (see what I did there?!)...Post 5 randoms, link back and visit others! The more the merrier! Have a great weekend and a fun and safe St. Patrick's Day! 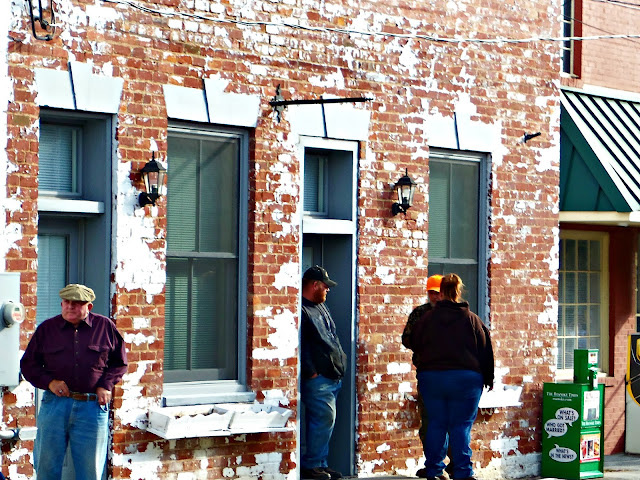 “I like to prowl ordinary places
and taste the people-
from a distance.”
― Charles Bukowski, Play the Piano Drunk Like a Percussion Instrument Until the Fingers Begin to Bleed a Bit

Today I am thankful this week is almost over and I'm still here breathing...man, what a week I would not like to repeat!

Linking up with Michelle's Thankful Thursday 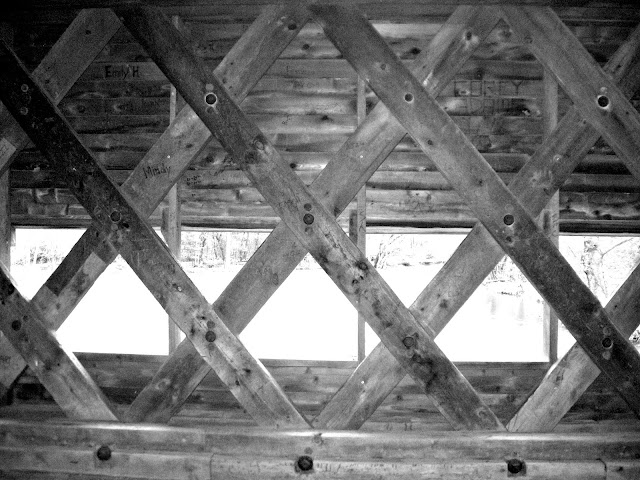 “Men build too many walls and not enough bridges.”
― Joseph Fort Newton 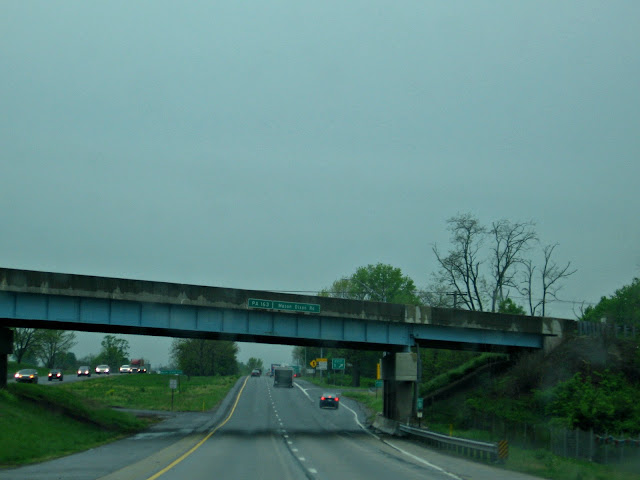 Cleaning out my archives...have so many old photos trying to delete or move...this was taken a few years back on our trip to Gettysburg...we were on our way home so we didn't take the exit so this is all we got of the Mason-Dixon Line...Click Here to read the Mason-Dixon Mystery...Linking up with Tom's Tuesday's Treasures

click on photos to enlarge
Along the James River in Eagle Rock . Botetourt County
1) 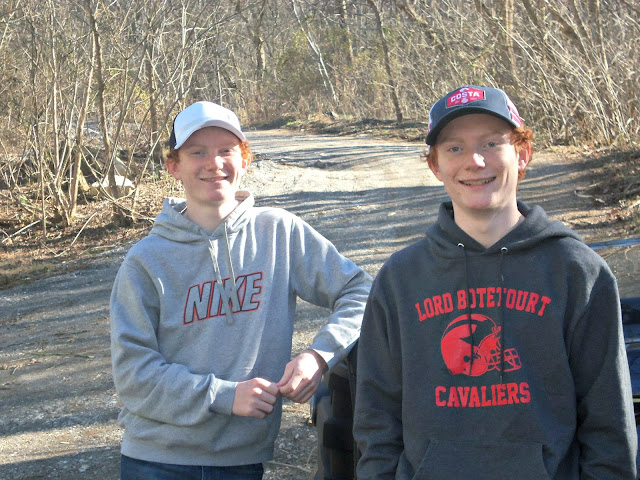 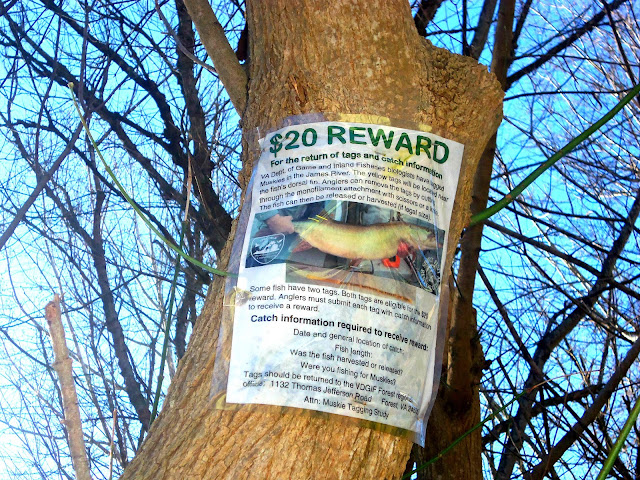 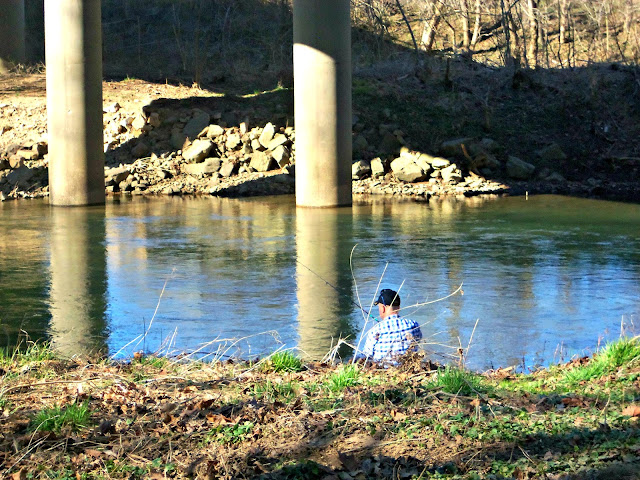 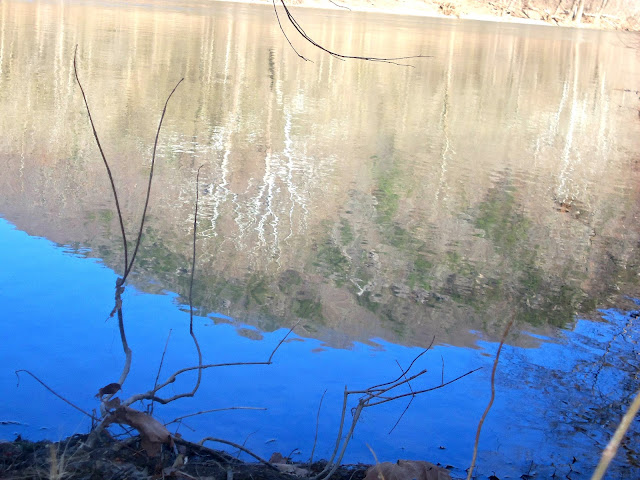 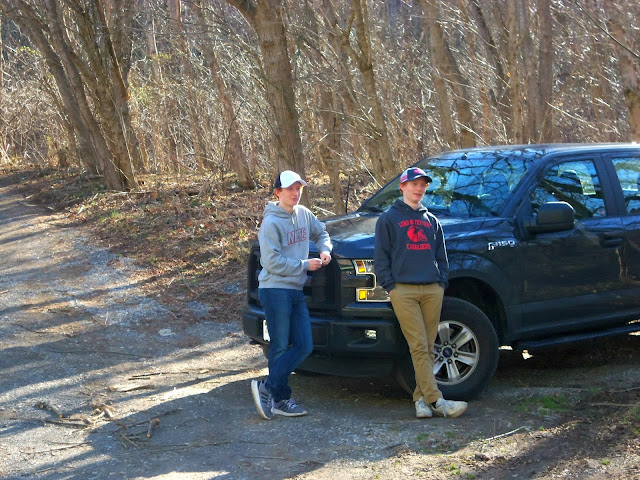 That's my 5 this week friends! Post your 5 randoms, link back and visit others! Have a great weekend :)
P.S. We are supposed to be getting quite a bit of snow Sun/Monday! I'll keep ya posted! 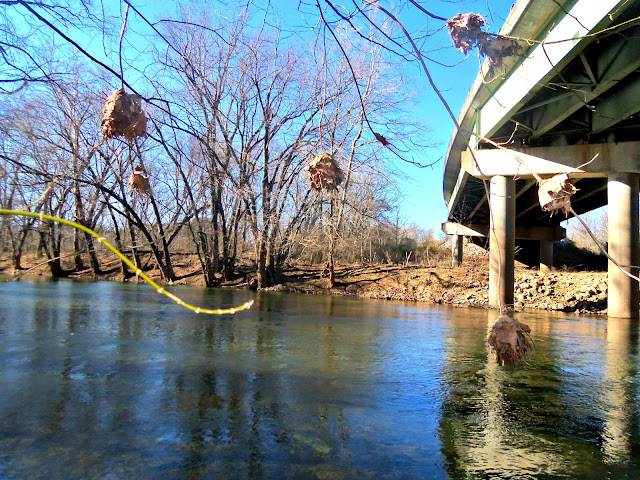 Nick was doing a little fishing here and I noticed these clumps of leaves balled up on the branches and thought they looked like ornaments!

Today I am thankful for the nice lady that took my phone call at the courthouse...I had gotten a speeding ticket a while back and had the date that I needed to pay by locked in this steel trap brain of mine (haha)...well when I pulled my ticket out to pay I had the date wrong and was late, yikes! It said that I had to pay before the date I had in my mind or my license would be suspended so according to this my license was suspended...I was a day late! I started to freak out and shake and literally felt like I was about to pass out...I frantically called the courthouse and the nice person who answered the phone said "hold on a minute, let me see what I can do"...she came back and said that she could extend it for 2 weeks! Well needless to say I bolted right down there and paid it! I can't tell you the relief that flooded over me when she told me it was fixed! I am a procrastinator through and through and it gets me in a lot of deep water, you would think I would learn my lesson by now! But I have learned to slow down a bit thanks to the ticket! Linking up with Michelle's Thankful Thursday

**Been missing this week...it has just been one of those weeks!**

click on photos to enlarge
I'm late for everything today!! So combining 3 things in 1!
1) 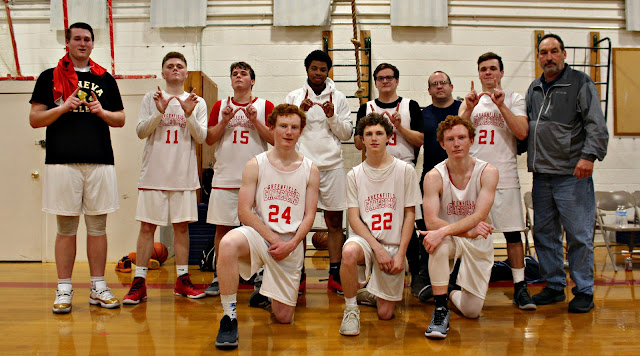 Breckenridge Elementary . Fincastle
City Daily Photo monthly Theme Day was on the 1st and I'm late to that...the theme this month was "Play"...last night the boys' basketball team played their last game...this was the hardest game we've played all season...the boys gave it their all and won! The score was 71-63! It was intense and at times didn't look like we'd win! They finished their season undefeated...have a tournament later in the month! So this is my take on "PLAY"...see more at City Daily Photo

2) We are under a weather advisory for high winds...started last night and will continue till tomorrow...gusts as high as 60 mph...school was cancelled for today...many people are without power...we are lucky as of right now! I did wake up though to find the neighbor's trampoline in our yard!

3) Speaking of the winds...last night when we were leaving the basketball game in Fincastle my radio would not turn on...it does this on occassion and usually resets itself after sitting for a little bit (it seems to be an issue in Fords)...so I pulled into the parking lot of THIS CHURCH ...not typically scary...we've been there before...but this time it was very dark out...no lights on anywhere...well we didn't think anything of it then Dalton got out of the car to change his shirt and he noticed the sky...it was flashing blue and red...we didn't know what was happening...it was windy but quiet...while we were watching the sky I then noticed the light in the parking lot flashing on and off...I just thought it was on a sensor or something and not working right...then the church lights inside starting turning on and off and then the old house across the road started flashing on and off too! I've shown you that house RIGHT HERE...I thought they meant the abandoned house next door was turning on and off which I've shown you that house RIGHT HERE ...as we were driving through the old portion of Fincastle that is full of old houses, old churches and old graveyards...lights were flickering on and off! When we made it out to the main road we saw lots of emergency vehicles with their lights on heading somewhere...once we got home we heard that some transformers exploded leaving many without power..still today! You can read that story HERE

4) Today I am thankful for the fact that we haven't lost power!! Thousands are without power right now and I feel so thankful that we are not one of them!! You can read that story HERE and I'm linking that with Michelle's Thankful Thursday

5) We watched Daddy's Home 2 this week...hilarious!

That's my 5 this week!! I know it's late but hope you will join in!! Post 5 randoms, link back and visit others!! Have a great weekend :)