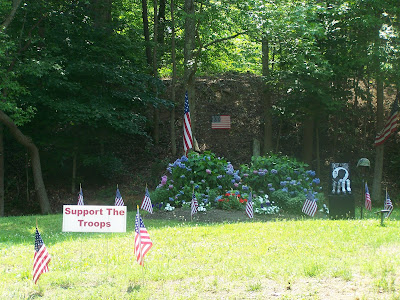 Memorial Day is a United States federal holiday observed on the last Monday of May (May 31 in 2010). Formerly known as Decoration Day, it commemorates U.S. soldiers who died while in the military service. First enacted to honor Union soldiers of the American Civil War (it is celebrated near the day of reunification after the Civil War), it was expanded after World War I.
Posted by Tanya Breese at 6:13 AM 3 comments: 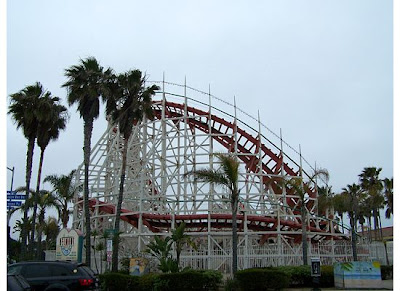 To see skies from all over the world, visit SKYLEY!
Posted by Tanya Breese at 6:56 AM 9 comments: 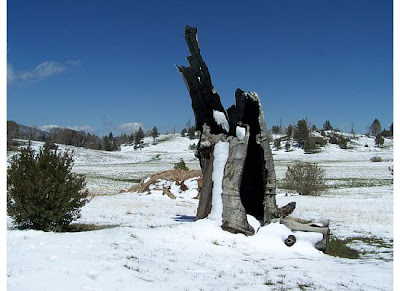 While Nick was in San Diego a few weeks back, he took a short trek up to the mountains and was surprised to see snow on the ground still! Yes, contrary to what many believe, San Diego DOES get snow! When the Laguna Mountains get snow, everyone around San Diego County load up their chains and sleds and head up to the mountains to play. The roadsides are jam packed with cars. San Diego is one of the few places that you can go to the snow and play then head to the beach, all in one day!
Posted by Tanya Breese at 9:03 AM 1 comment: 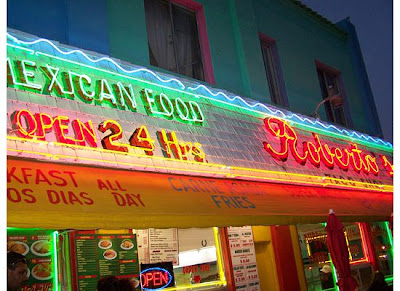 Ask any transplanted San Diegan what they miss most about San Diego and 9 times out of 10 the answer will be "taco shops". Nick was in San Diego a few weeks back and I won't lie, mostly he went for a carne asada burrito fix. This picture is of Robertos Taco Shop, one of the more popular taco shop chains around town.
Posted by Tanya Breese at 8:19 AM 3 comments: 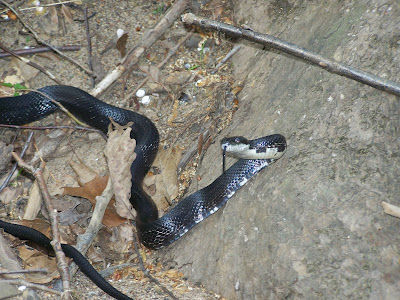 The snakes come out. We spotted this Black Rat Snake at Craig Creek a couple of weeks ago. Nick was bothering him so he took off inside of a tree. Later, Nick found him dangling upside down from a vine hanging down inside the tree. That would have been a cool picture except for my batteries died and by the time I got over there anyway, the snake had already went back up inside the tree again.

I've featured many Black Rat Snakes on this blog in the past and you can catch up on them HERE
Posted by Tanya Breese at 2:56 PM 6 comments: 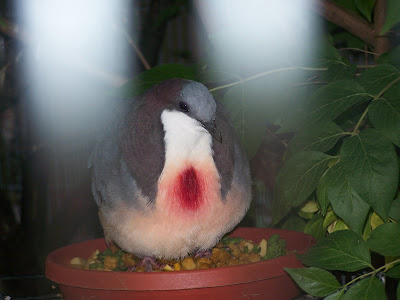 Yesterday we went to the Mill Mountain Zoo. It's a small zoo but we had a great time. One of the most unusual things I saw was the Bleeding Heart Dove. Doesn't it really look like he's been injured? I wish I could have gotten a better picture of him but the fencing wasn't helping.

Description: The name 'bleeding-heart' comes from the patch of red on the breast of these birds. Otherwise they are grey above and paler buff below. Bleeding-heart doves live only in the Philippines. Many thousands of years ago there would have been just one species but rising seas levels isolated several populations, each on a different island group. These isolated populations evolved gradually into five separate species, all of which live in forested areas. Two of the five species live on moderately large islands and have evolved further into separate sub-species, divided by different environmental conditions.

Lifestyle: The scientific name gives us a good idea: Galli means chicken and columba means dove. This is a dove that spends much of its time as a chicken does, on the ground among the dead leaves, looking for food. Generally they live in dense forest.

Family & friends: Bleeding-heart doves spend most of the time in a flock that moves through their forest environment on the look-out for food.

Growing up: The Luzon bleeding heart dove lays two eggs, which hatch after about fourteen days. Like other pigeons and doves, for the first few days the chicks are fed a rich milky fluid that the adult bird produces in its crop (the first part of the digestive system). Then, after a few days the chicks graduate to solid food such as fruits and seeds.

Pigeons and doves drink in a different way to other birds: they submerge their beak in water, suck the water up and swallow, without the need to raise the head between sips.

Conservation news: Habitat conservation is a priority but it will also be necessary to bring some of the three other species of bleeding heart doves (Negros, Sulu and Mindoro) into captivity, to prevent their extinction. Recently the first captive population of Negros Bleeding Heart Doves has been established in the Philippines.

Only two of the five species of bleeding heart doves are held in captivity in Europe at present: the Luzon and the Mindanao. The European breeding programmes for these species are coordinated by Bristol Zoo Gardens. They are being managed to provide a self-sustaining captive population and to develop important care and breeding techniques for use in the Philippines.

Identifying the areas where Negros bleeding heart doves are found and the numbers that are left is the next step needed to secure this species in the wild. Once sites have been selected with the local community, the area will be protected to ensure the survival of the species in that area.

The areas where the bleeding heart dove lives also contain many other birds unique to these islands, all of which have been threatened by deforestation. In addition, some are threatened by hunting and illegal collection for the pet trade. By highlighting the plight of the bleeding heart dove, conservationists work to save the habitat for all the species in the area.
Posted by Tanya Breese at 8:16 AM 8 comments: 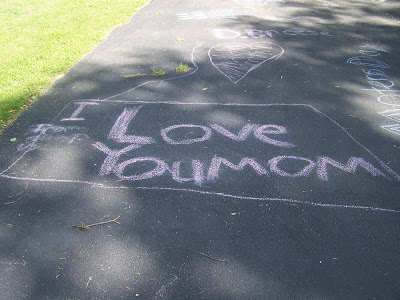 Of all the rights of women, the greatest is to be a mother.
by: Lin Yutang, Chinese writer
Posted by Tanya Breese at 9:45 AM 4 comments: 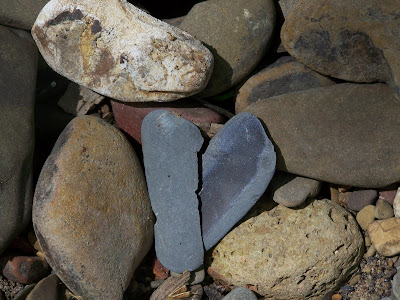 Ashlyn and I are always on the lookout for heart shaped rocks. I found this one at Craig Creek the other day. You can see how it was once one rock and broke into two and made this cute little heart :)
Posted by Tanya Breese at 6:52 AM 7 comments: 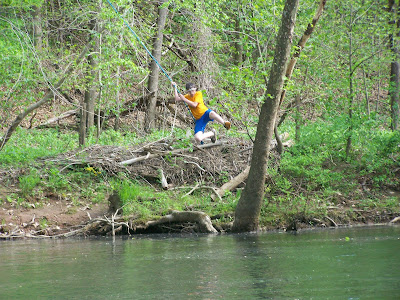 Someone left a couple of ropes tied to the trees and Christian, Nick and Ashlyn (she only tried once, epic fail!) had fun jumping into the creek. It's a little too tricky for Braden and Dalton to try since you have to climb up into the tree and dodge a rock when you jump in. I didn't try as the water is still too cold for me! Maybe by September I'll get in lol...
Posted by Tanya Breese at 8:16 AM 3 comments:

Lazy Sunday on the River 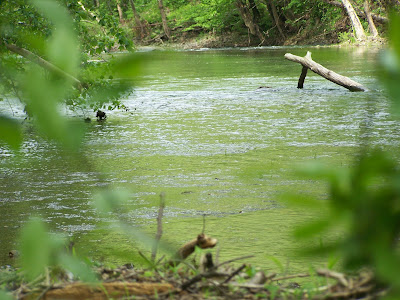 Sunday afternoon we packed up the kids, cooler and grill and spent the day at Craig Creek again. I took you there on Easter Sunday. Look at the changes in just a short month!
Posted by Tanya Breese at 9:38 AM 5 comments: