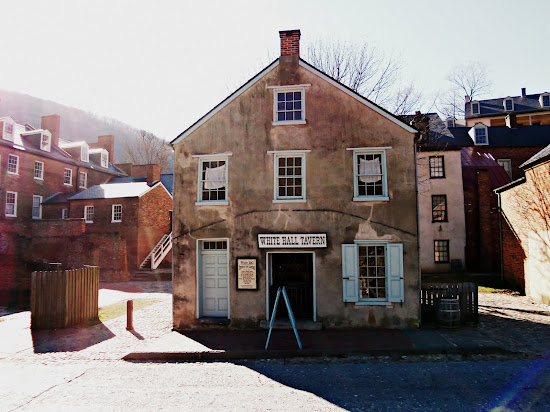 
Located directly across from the U.S. Armory, the White Hall Tavern was an 1850's community gathering place, where white males debated politics; discussed local events; and protested armory management, wages and layoffs. The tavern's close proximity easily tempted armory workers to raise a glass, or two... or three, before and during work. As a result, Armory officials took a stand that public houses, such as White Hall Tavern, ruined morals, work ethics, and even threatened armory production. Crowded building conditions posed another threat - fire. In 1856 the U.S. Government purchased and removed the front section of the building. They subsequently widened the street, creating the needed safety buffer around the Armory.

Linking with Friday Fences ....yes, there's 2 fence pieces, one to the left, one to the right ;)

Anyone go out and do Black Friday shopping? Not me! I didn't see anything that I had to get. I prefer to do it online anyway and stay in my warm house in the wee hours of the morning!

Have a great weekend!