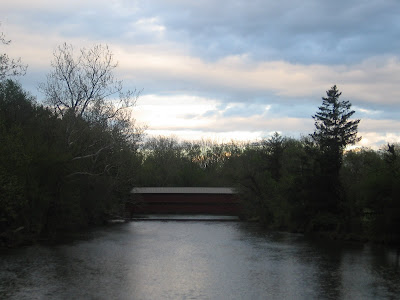 Over spring break last week we took a short trip up to Gettysburg. Of course I had to go see Sach's Bridge after seeing it on a few ghost shows!


The Sachs Bridge is rich in history. Built in 1852 and located only a mile from General Longstreet’s Headquarters, it is certain that his troops were stationed in the vicinity of the span. Both Union and Confederate soldiers made their way across this bridge during the Battle of Gettysburg.

Legend says that three Confederate deserters were hanged at the far end of the bridge for defection from the army.


To see more bridges from all over the world, visit Louis La Vache!