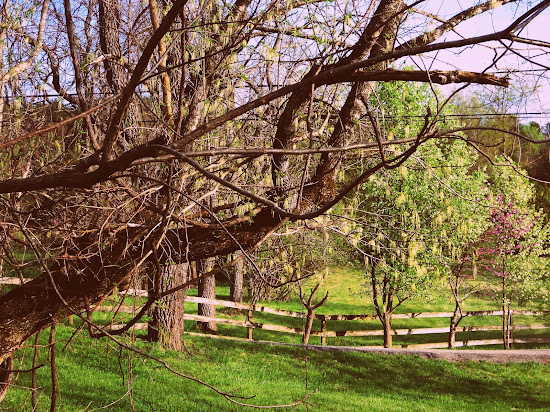 This photo was taken on Wednesday, after dropping Christian off at his friend's house.

“When spring came, even the false spring, there were no problems except where to be happiest. The only thing that could spoil a day was people and if you could keep from making engagements, each day had no limits. People were always the limiters of happiness except for the very few that were as good as spring itself.”
― Ernest Hemingway, A Moveable Feast

Linking with Friday Fences and there's just enough sky to be able to link to SkyWatch Friday!