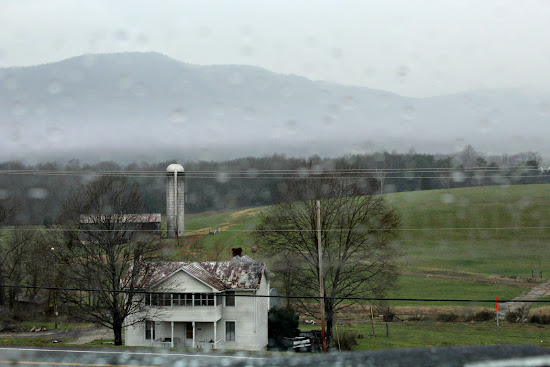 Last sunday the boys had plans to go play basketball with some friends at Greenfield (their elementary school)...it rained quite a bit but that didn't stop them. Rather than hang around and crimp their style, I drove around and snapped a few pics.

2) Of course I had to go over to Greenfield and take a look at the hill and the slave cabins/kitchen. Remember the whole debate about this? If not you can read about it HERE 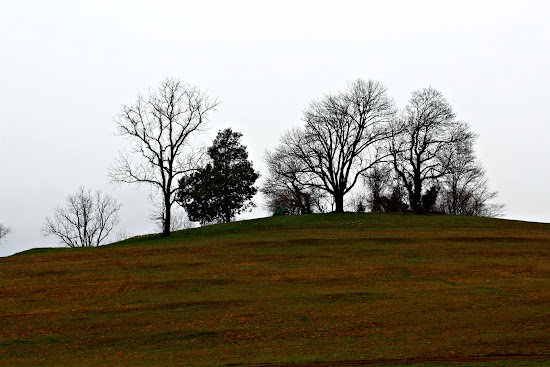 Here's the hill where the slave dwellings were built. Here's the hill now void of the dwellings because the Botetourt Board of Supervisors took it upon themselves to move the structures without even once communicating with those who were trying so valiantly to save them. Dispicable.

3) I had to drive to the other end of Greenfield to see where they were now: 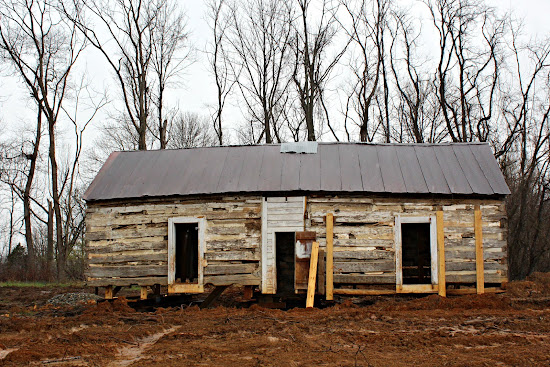 The slave cabin, which now looks bowed in the middle, due to its harsh move. 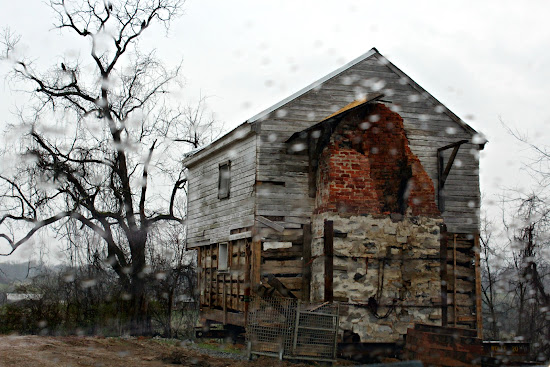 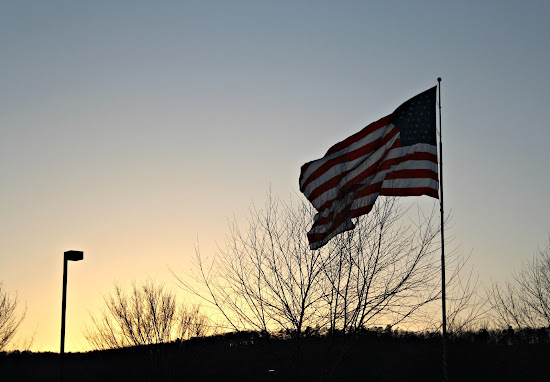 This has nothing to do with 1-3 but it's my favorite sight heading down 81! Yesterday after Braden and Dalton's track meet I had to stop at Gander Mountain (across the street from Camping world) where Christian works to pick up a baseball glove from him. Isn't that flag beautiful?!

5) A few weeks ago I watched Changeling on Netflix. It's based off a true story. Wow, it's just unbelievable what happens. Angelina Jolie stars and does a super job. I really like her! Be prepared to cry though.

That's my 5 this week! I hope you will join in! Post 5 randoms, link back and visit others! That's it! Thank you for playing along and have a great weekend!