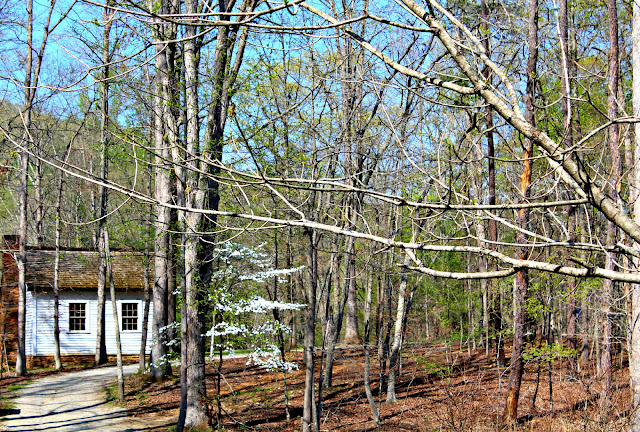 Originally located near a ford of the Blackwater River in Franklin County and then moved to Explore Park and restored. This little school was in operation from 1860-1935. The region was isolated following the Civil War and changed very little during the time the school was in use. Reports from students of the 1920's mirror the experiences of the 19th century students.

The school was moved to Explore Park thanks to a descendant of a former teacher of the school.

I've shown you the schoolhouse before right HERE