Get some popcorn, this is a long one! Found out over the weekend the Saints training camp is near us at The Greenbrier and it just so happened Nick decided to take an impromptu vacay this week so we loaded up the truck and moved to beverly took a short roadtrip to White Sulpher Springs, WV and watched the Saints practice. The best part, autographs for the boys! Now the boys favorite player is Drew Brees (no offense to the rest of the Saints but they especially like him knowing that they are distant cousins...oh way distant, but that's pretty cool to them!) so anyway they were really hoping to get Drew's autograph but missed him on this day but got quite a few from the other players who might I add, were so nice to all the fans! So put your feet up and here we go, I'll show you some of the players signing the boys stuff. (Braden and Dalton wore their football jerseys and Christian brought a football to have signed)
*click on photos to enlarge* 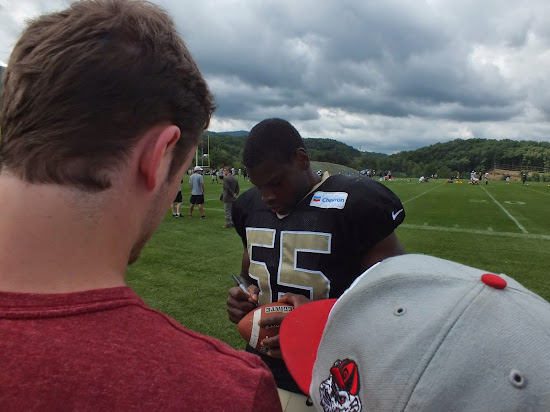 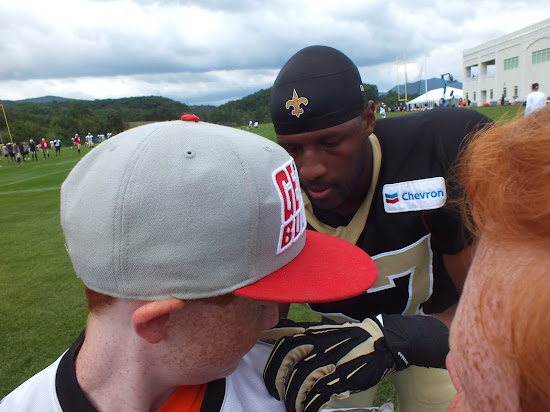 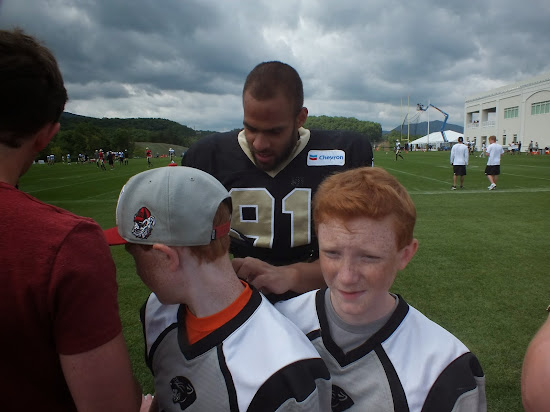 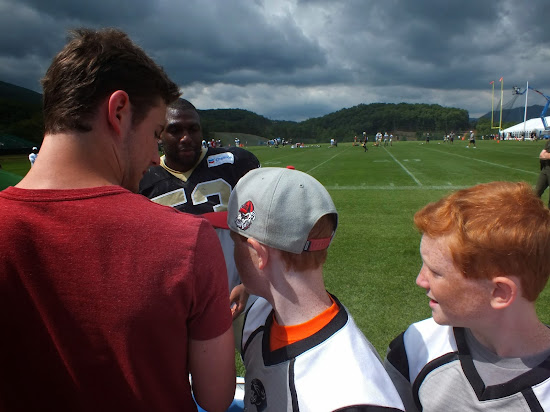 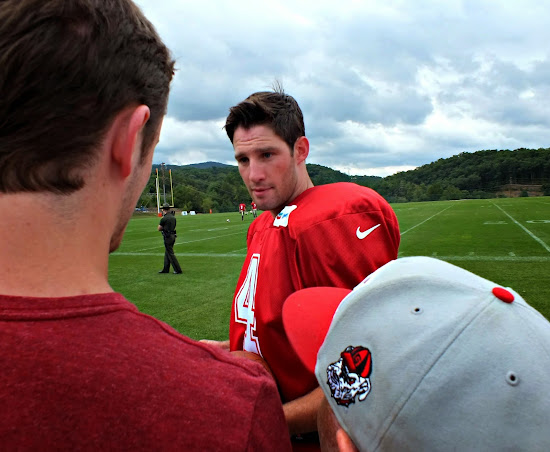 #4 Ryan Griffin (in this photo Christian is asking him "hey, any chance you can get Drew Brees over here to sign?" RG: "Ha, nice try"...but RG was nice enough to sign our stuff anyway! 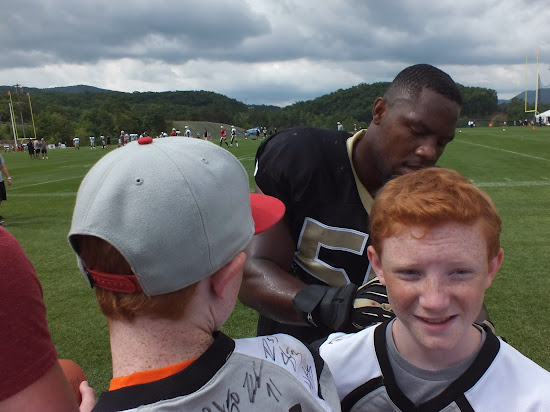 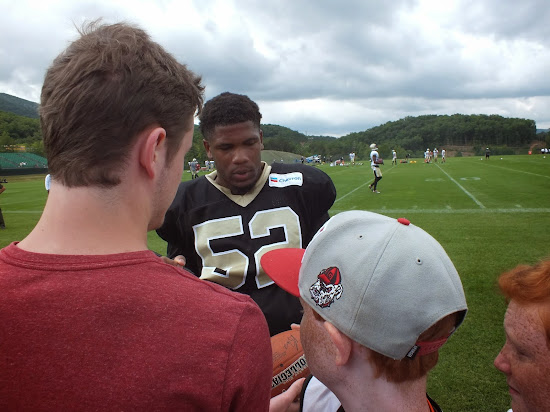 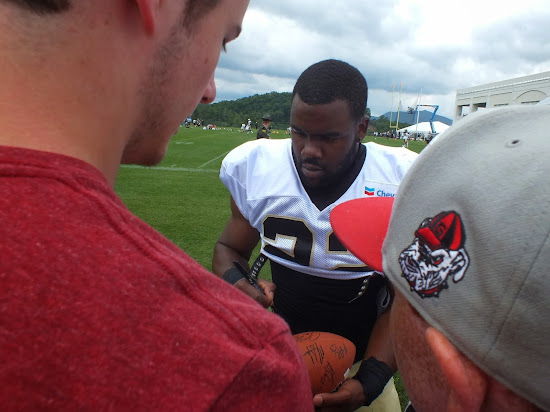 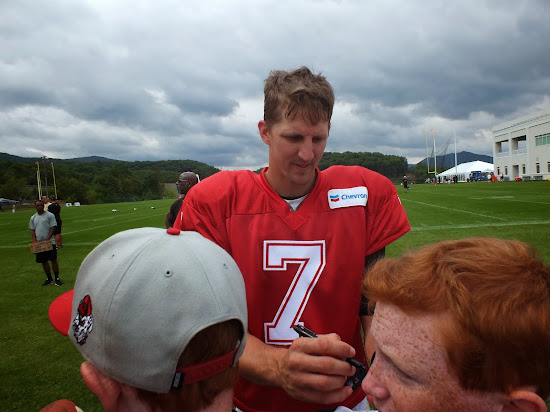 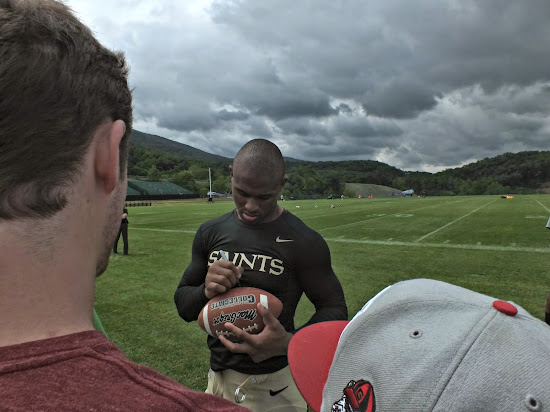 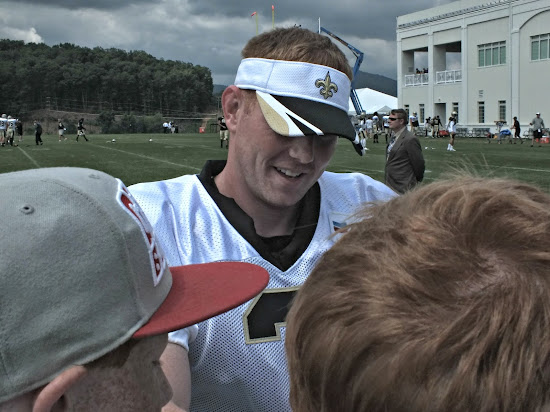 Can you imagine how fun this was for the boys? They LOVE football and this was so exciting for them to get to actually interact with the players like that! Ashlyn was upset she didn't get to go and so we will make the trek again and stalk try again to get Mr. Brees' autograph ;)