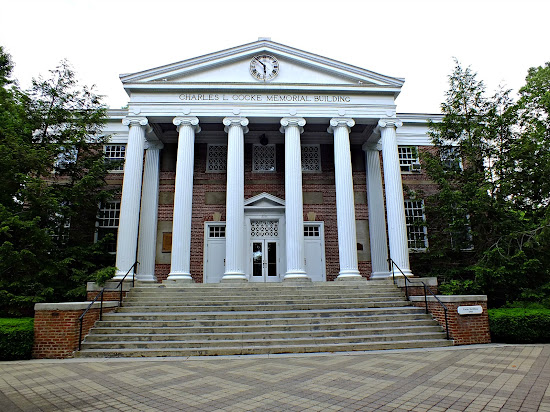 "The Charles L. Cocke Memorial Building, also known as the Administration Building, was built in 1908 as the Charles L. Cocke Memorial Library. Shortly after the death of President Cocke in 1901, students, faculty, alumnae, and friends established a building fund to construct a library in memory of Hollins' founder. At nineteen years of age, Charles Lewis Cocke stated his desire to devote his life to the higher education of women in the South, a goal that he fervently pursued at Hollins for fifty-five years. The library was completed in 1908, and Charles L. Cocke's daughter and succeeding president, Matty L. Cocke, participated in the groundbreaking ceremony. It was a fitting memorial to one dedicated to the education of women and described by an alumna as "a man of books and thoughts." Charles L. Cocke exhorted his students to continue their studies after Hollins, "Read and study, young ladies, not the light literature of the day, but books that are books--books of thought, books of breadth and depth and grasp of meaning, that your powers may be still further disciplined, that your fund of knowledge may be enlarged, and your mental vision expanded." (Excerpted from Mary Williamson, "A Library Memorial to Charles L. Cocke" Spinster [1908])" Taken from HERE 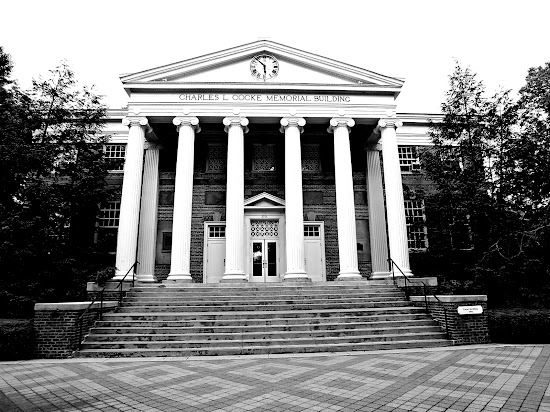