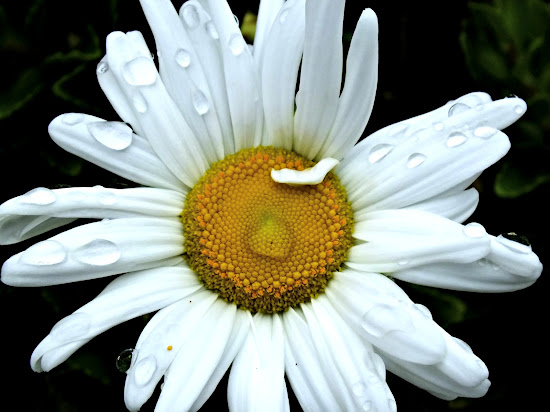 My daisies are blooming :)

No for some randomness:

1) Have you heard about the monkey selfie hubub? A photographer was in Indonesia photagraphing monkeys. They became curious about his equipment. He left a camera there and came back and found that the monkey had taken several pictures including this incredible selfie. Now Wikipedia has snatched the selfie photo claiming it doesn't belong to him because the monkey took it. Now there's a big ol' lawsuit going on and Peta jumped in and thinks the monkey should own the copyrights lol...I sure hope that photographer wins this crazy lawsuit and shame on Wikipedia and Peta! You can read about it all HERE and see the famous selfie.

2) I just saw this commercial and really liked it:


3) Craigslist Mirrors ...this person scouts out Craigslist for listings of mirrors and posts the pictures on his website. Quite a unique niche!

4) Yesterday while unpacking some boxes (yes, I'm still unpacking, don't judge me!) I turned on The Identical on Netflix. It has Ashley Judd in it so I knew I'd like it. I was only half watching as I was working but it seemed really good. It starts out during the depression and this young couple has identical twins that they can't support so they give one to their Pastor and his wife who are unable to have a baby....and you will have to watch the movie to see what happens...actually I'll have to re-watch it to see what happens since the power went out half way through!

Now it's your turn! Post 5 randoms, link back to this blog and visit others! Thanks for playing and have a great weekend!