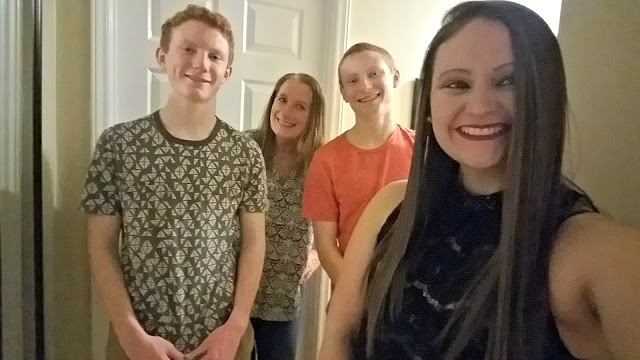 Heading out to dinner last night (missing Nick who was downstairs getting ready and Christian who had to work :( ) 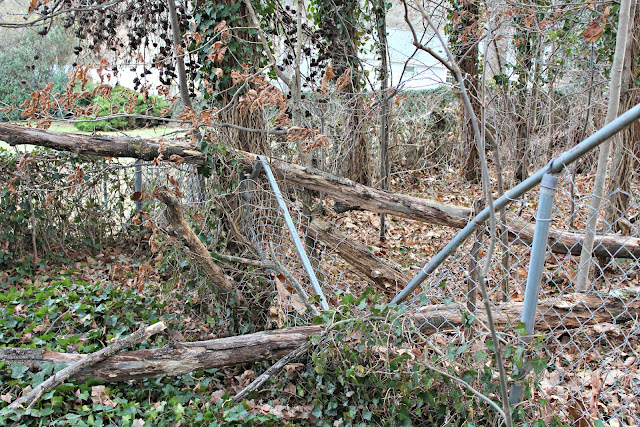 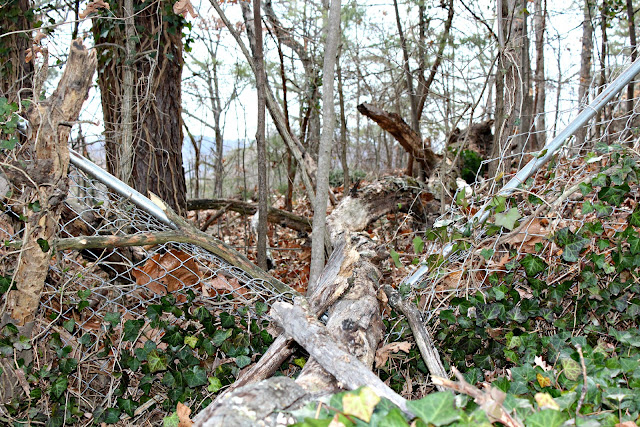 This happened this week...I think on Tuesday because it was super windy...strong, STRONG winds...Thankfully the elderly neighbor that lives behind us came up and told me "a tree fell on your fence and squashed it so your dogs can walk right out"...I went and checked and sure enough, they could have walked right out if they wanted...thank goodness they didn't and I'm so thankful that man came and told me because I never go down into that part of the yard so who knows when I would have noticed...
I called Nick and he came home and cut the tree up and him and the boys blocked it with a piece of plywood for now until we can fix it this weekend...until then the dogs have to be supervised outside because I don't know how sturdy that is! 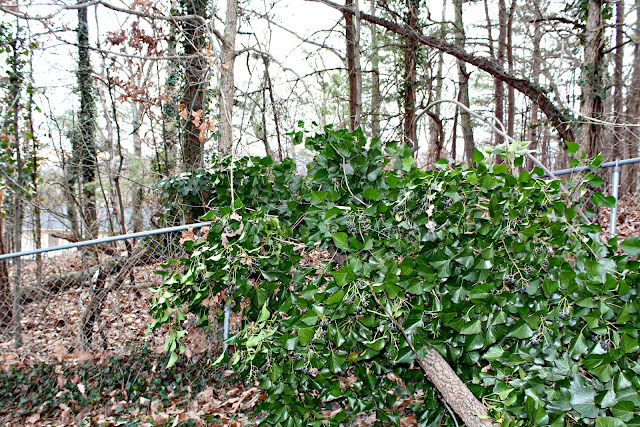 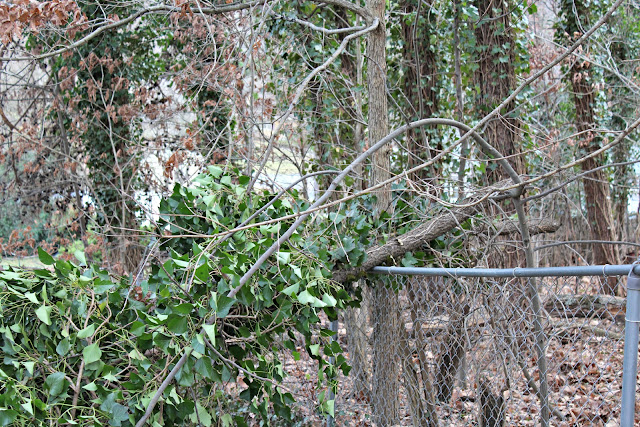 While down there I noticed a couple of more trees that fell but didn't do anymore damage to the fence...this one was kind of small... 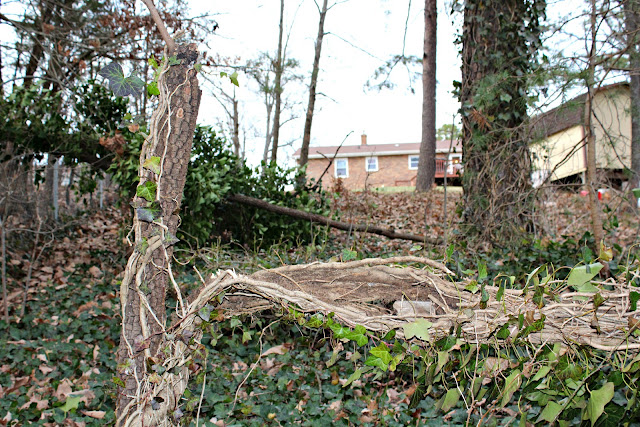 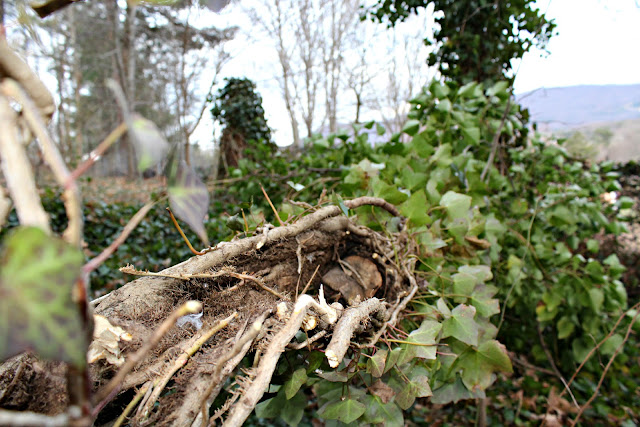 This one kind of split in a weird way but I think it was mostly held together by vines anyway... 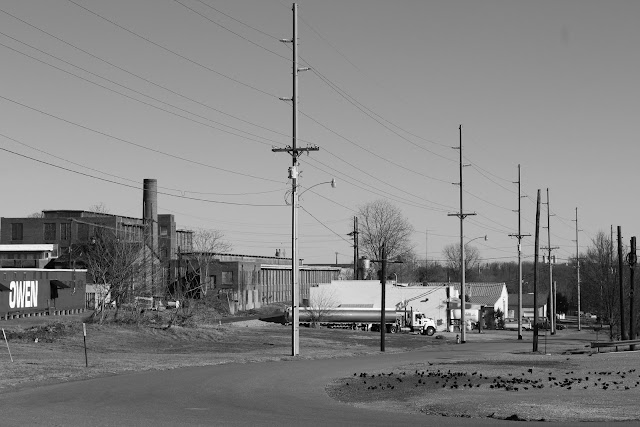 A random picture of Bedford...we had just parked the car and gotten out and a bunch of birds flew right over there in the corner...what kind of birds are those that fly in groups of a million?...anyways I just kind of like the gritty look of this area and thought it should be a black and white...so I did just that ;)

I apologize for running late but I hope you will still play along! Post 5 randoms, link back and visit others!! Have a great weekend!

I'm running behind on my visits but will make it to you eventually!