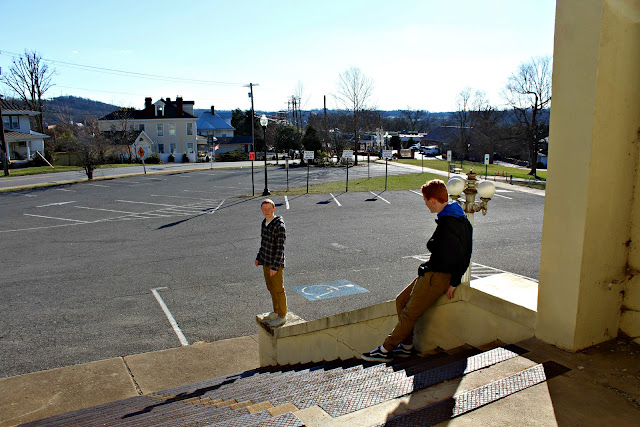 During the week I take the boys to school early for weight lifting and on Wednesday they practice running routes for football. Well yesterday I get a call not too long after dropping them off. It's Dalton, "Mom don't worry but I think I dislocated or broke my thumb." I tell him to go to the nurse and let her look at it thinking he probably just jammed it. Another call a few minutes later that she wants him to go to the dr's. So I drive on over and pick him up and we head over to Express Family Care. They take x-rays and sure enough, it's broken. They set it in a temporary cast and now we wait for ortho to call for a sturdier cast. The Dr. was able to set it pretty straight and showed us another x-ray that looked so much better than when we came in!

Today I am thankful that it was nothing more serious and this is the first broken bone any of my kids have had! I am also thankful that the Dr. who was working there yesterday was also an ER Dr. and was pretty experienced in these types of things! Also thankful for the nice day (even if half of it was spent at the Dr's and the reason behind that) spent with Dalton. It's not often I get one on one time with any of them so I take it when I can get it! We ran over to Subway and picked up lunch afterwards then rented Miss Peregrine's Home For Peculiar Children which was pretty good!