A Thelma & Louise Day With My Bestie 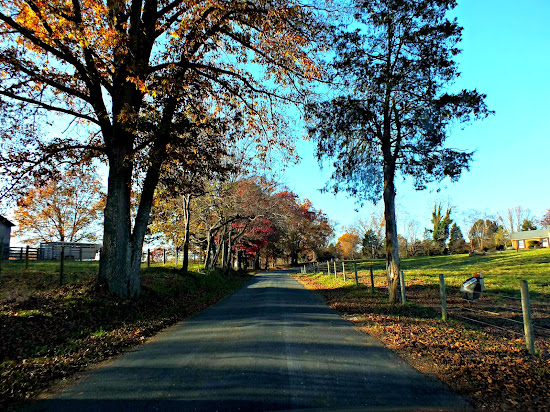 “Well, we're not in the middle of nowhere, but we can see it from here.”
― Callie Khouri

What a day! Ash was home this weekend. While her boyfriend worked on Sunday she came over for a visit. I said "Come on Ash, let's go for a ride!" She of course wants to take Ozzy so the 3 of us load into my mini van, with camera ;) ....we decide, let's hit up Taco Bell for "Happy Hour" and get a frozen Dr. Pepper. 5 minutes into our ride, I was pulled over. I have a back light out (a Chevrolet problem that can never seem to be figured out no matter how many fuses and lights, etc, that are replaced) an expired inspection sticker, oops, and no license on me. Thankfully the Botetourt Sheriff that pulled me over was very nice and only wrote me up for my inspection and didn't seem to mind that I could only communicate through a very slim crack in my window or else Ozzy would have his whole arm if he tried to reach inside...we exchange pleasantries and are on our way...Taco Bell...no lie, 2 minutes down the road I am pulled over by this time a State Trooper. He catches us as we roll into Taco Bell. Ashlyn and I are absolutely cracking up. He must think we are on crack. I explain, again through a slightly, very slightly rolled down window that not even 2 minutes ago I got a ticket. We show him...he smiles, reads the ticket, hands it back and tells me he was pulling me over for the inspection too, just be sure to get it taken care of. Ash and I are still laughing, get our drinks and hit the road. Now I'm a bit worried that this is going to turn into a hat trick. Ash suggests we drive out to Buchanan, near her boyfriend's house, that it is so pretty out there right now. She talks about how she misses Botetourt, she talks about how pretty Botetourt is and she didn't appreciate it till she left. I have to agree with her. Botetourt might just be the most beautiful county in all of Virginia :) 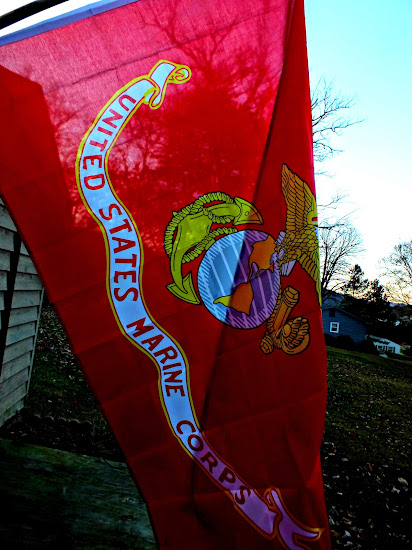 Happy 239th Birthday Marine Corps! Now for those that don't know, my husband enlisted in the Marine Corps fresh out of high school. We got together in 10th grade. I missed him terribly through his 12 week boot camp...he came home for 2 weeks then went to Infantry Training School for a couple of months at Camp Pendleton. He was then stationed in Twenty Nine Palms, Ca. We married. We missed each other like crazy. We were high school sweethearts, not used to being apart like this. I moved up (3 hours from home, San Diego) and we made our lives. I worked at the PX. I loved our life there. The Marine Corps motto is "Once a Marine, always a Marine"...and boy is that true! I am a Navy brat. My dad retired from the Navy, served in Vietnam. My grandfather was in the Army, served in the Korean War. Nick's grandfather was retired from the Marine Corps, so they shared stories and that bond. And the military history goes on and on. Now my husband never saw war, thank GOD. BUT, war is something every Marine is trained for and ready for. I heard many stories of how they would be woken from a dead sleep and told "this is it" they would gather their things, jump in the helo, and mentally prepare themselves for what was next. Nick wanted to see combat. Nick was trained for combat and felt a bit deprived that he didn't get to do what he was trained to do. He did not join the Marine Corps to "wear a shiny hat" as one local blogger recently declared on why my husband joined the Corps when she didn't agree with an Obama link I shared on Facebook lol.... I can attest that not one person joins the Marine Corps to "wear a shiny hat..." it's much too difficult for that and what an insult to everyone that has served our country.

Happy Birthday Marine Corps! And my Marine will celebrate, the same as he has every year since 1985, a steak and shrimp dinner with cake :)