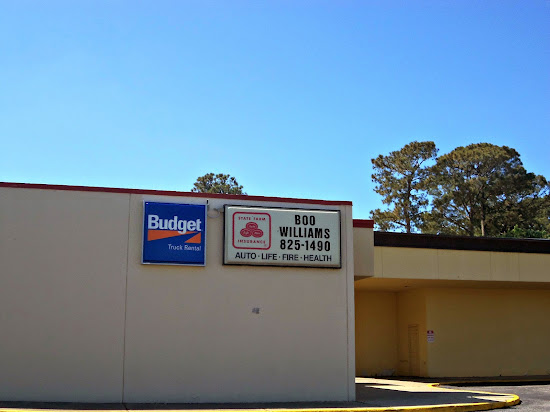 Who knew Usher was singing about Boo of State Farm...must be those khakis ;) 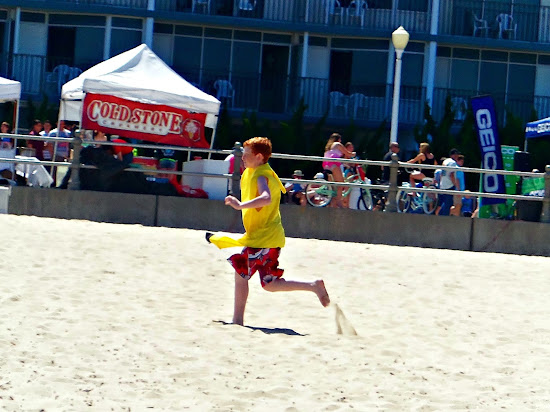 I love that my kids all have a crazy sense of humor. Braden packed his banana costume because he wanted to trip people out and run the beach in it...odd thing is nobody seemed to notice...we were all cracking up though :D

Also see a Geico sign there...we've had Geico for like 20 years...they upped our rates because of Ashlyn (she's had some issues)...so we removed her from ours and now she has her own Geico policy...think this publicity should be worth some sort of discount? Hello? Geico? ;)

Update on my computer curse...I *think* I may have fixed it...knocking wood and crossing fingers here...everything so far seems to be running copasetic...I had to go in and uninstall tons of things that loaded with my update, that deleted a bunch but still had issues...so then, since I use chrome, I had to go in and delete some "extensions" that hid themselves in there...click on those 3 bars in the upper right, click on settings and then check out your extenstions from there...that helped some but there were still those pesky web pages that would randomly open...Found Malwarebytes on CNet which was a free download that had great reviews...that found some nasties and deleted them...then there was still one more. Since I had done that update on 11/18 I just went and uninstalled everything in my programs from that date...but then there was this strange thing that had a date of 11/8...when I googled the name "lasaoren" that was it! I uninstalled and since then everything seems back to normal....I HOPE!! So sorry I haven't been visiting...been so obsessed with getting this straight again!

I hope you will be back on Friday to play Willy-Nilly 5!