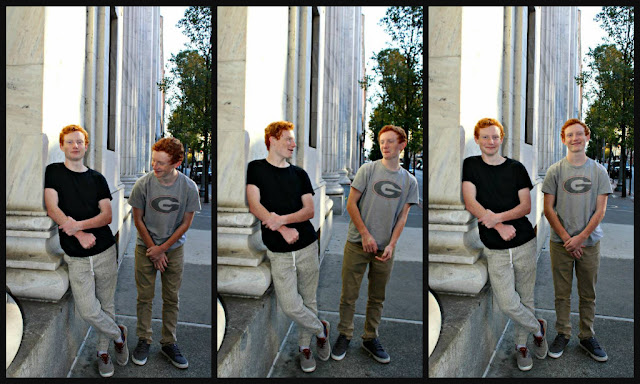 These 2! I have the best time with these 2 boys and my heart will break when they are older and more independent and have less time for me. Such is growing up...(downtown Roanoke) 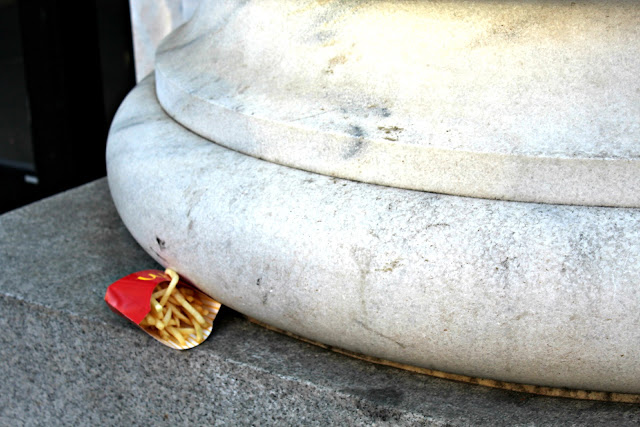 as we were walking away from the above location we saw this! I mean really!! It's not often we eat fast food but when we do you can be sure I am going to eat every.last.french.fry! I'm not even going to lie about that! 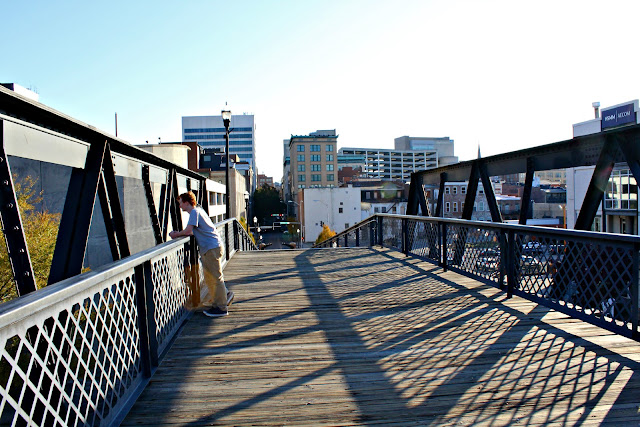 Martin Luther King Jr. Bridge
"History: The former First Street Bridge (which was also called the Henry Street Bridge) underwent a $4 million renovation in 2007 and reopened as a pedestrian bridge renamed in honor of the slain civil rights leader. The narrow bridge once provided a vehicle crossing over the railroad tracks between downtown and the Gainsboro neighborhood, where Henry Street was the retail and entertainment hub for many black Roanokers before “urban renewal” projects wiped out much of the neighborhood. The bridge was repaired numerous times over the decades and was closed to traffic in 2000. Since reopening in February 2008, the bridge has been a primary walkway for people who live in apartments in the renovated Norfolk and Western headquarters, who attend classes at the Roanoke Higher Education Center or who just want to admire the bronze statue of King at the north end of the bridge and listen to recordings of his speeches. It is the last steel truss bridge in Roanoke." Found that HERE along with a list of historic bridges in Roanoke...I need to make that my mission to visit each one and snap a photo! 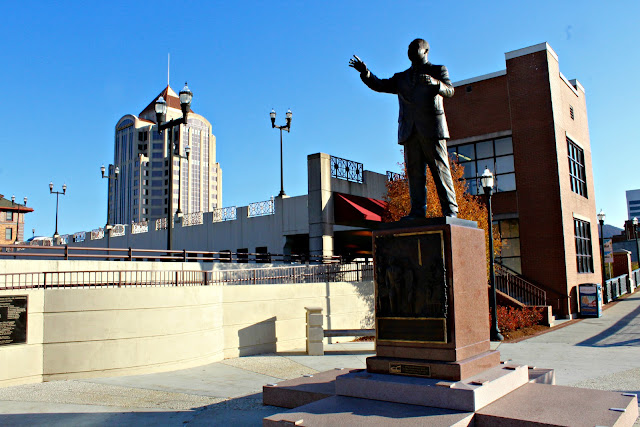 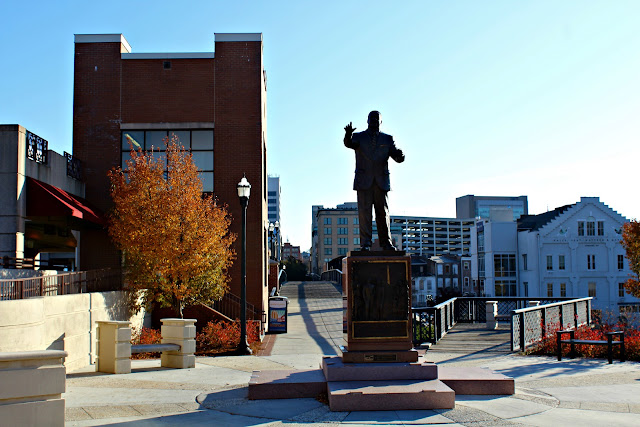 Statue of MLK Jr at the bridge in #3
In the 2nd photo you might recognize the white building to the right from Tuesday's post! 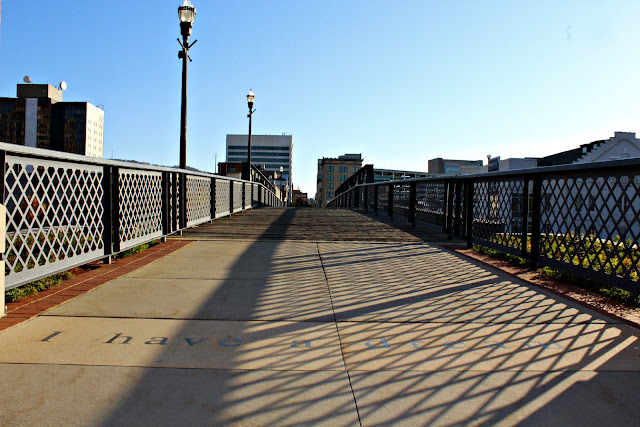 "I have a dream" MLK Jr. bridge

That is my 5 this week! Please share your 5 randoms with us! Link back, visit others! Thanks so much and have a great weekend!